Roshni land scam: Even NC and Congress offices are on poached land in Srinagar 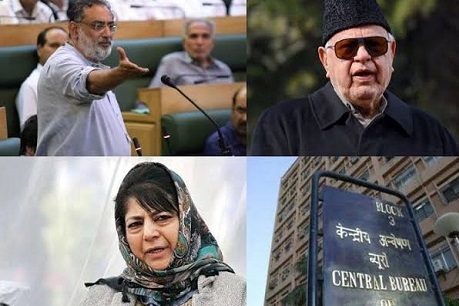 It will be interesting to watch how the fallout of the J&K Hgh Court verdict in the Roshni land scheme is dealt with by the government in the Union Territory (UT). When the scheme was first made in 2001, the government had said that since it was difficult to evict the encroachments, they need to be regularised! Instead of strengthening the existing laws to deal with encroachers more effectively, it decided to make money by regularising them.

This was clearly aimed at favouring the supporters of the government of the day, make some money on the sly and cement its hold on voters. The court expressed no such helplessness in its order, held the scheme to be void ab initio and bad in law. Now, the government headed by Lieutenant Governor in October-November 2020 is evolving ways to deal with the encroachers.

In accordance with the court directions, a massive exercise is on in both Jammu and the Kashmir region to compile the list of beneficiaries. Over 15,000 benefits stand identified already and among them are NC leaders, PDP leaders as also Congress leaders. Rich, political powerful and influential officials managed to get government land for a pittance.

The total quantum of land so alienated is believed to be over 20 lakh kanals (1 kanal: 5400 square feet) and most of it changed ownership without the government getting anything. Very large chunks of government land were classified as agricultural lands and given for free to the encroachers. These agricultural lands were then used for building houses, setting up shops and for commercial purposes.

This open organised loot happened during the reign of Farooq Abdullah, continued unabated when Mufti Mohammad Sayeed ruled and Ghulam Nabi Azad’s term brought no respite for the government. In one list giving names of VIPs, the names of NC leaders Syed Akhoon, Sajjad Kichloo, his brother, former Advocate General Aslam Goni and others are there. Former J&K Bank chairman M Y Khan, consider very close to Farooq, is also an encroacher who became a beneficiary of a patch of land in Jammu.

From the PDP, the name of Haseeb Drabu, his mother Shahzada Banoo, his brothers Ajaz and Iftikhar figure prominently. From the Congress, names of Abdul Majid Wani, KK Amla, owner of Broadway hotel in Srinagar, who was also party treasurer, are mentioned.

A 2014 report by Comptroller and Auditor General (CAG) had said that only Rs 76 crore were collected from transfer of encroached land. It also pointed out that the government had said at the time of formulating the scheme that it hoped to collect Rs 25,000 crore. This huge gap raised eyebrows but the presence of Article 35 A, 370 and so-called “special status” helped hush up things.

Incidentally, the pattern of encroachers become beneficial is peculiar in one more way. There are dozens of encroachers from Kashmir who became beneficial in Jammu and that is intriguing to say the least. On the other hand, there is not a single case which has come to light where the beneficiary was a resident of the Jammu region and had encroached land in Kashmir.

This is an aspect which perhaps also needs to be looked into by the Central Bureau of Investigation (CBI) when it looks into the case. It has already registered some FIRs in the case, and many more are likely in the near future. The CBI enquiry into the whole gamut of transactions of government land alienation is another prong of the court order.

Sources in the government said the action against many beneficiaries could lead to retrieval of lands worth crores of rupees. Many buildings are also likely to be demolished as the illegal nature of their construction becomes clear. Right now, full implementation of the court orders is the only priority, they said. Incidentally, the head offices of the NC and the Congress in Srinagar are built on encroached patches of land.