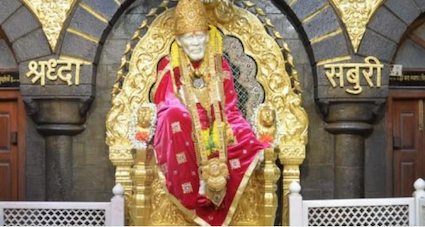 The Maha Vikas Aghadi govt on Wednesday allocated the three prominent temple trust postings among themselves, the three alliance partners.

During Congress and NCP regime, Shirdi trust was held by the Congress and for the first time, NCP will get this Rs 300-Rs 350 crores revenue-earning trust.

The Congress though has got another important temple trust – Vittal Rukhami Temple trust located in Pandharpur in Solapur district. There is a report that Congress MLA Praniti Shinde will likely be appointed as chairman of this Pandarpur trust.

The appointment of the chairman and members of these prestigious religious trust comes after the Bombay High Court directive to Shirdi trust on appointment the chairman within two weeks and had even asked to submit the report as well.

After forming the government, the government generally allocates the co-operations and trust among the alliance partners. But it has been more than 19 months, Uddhav Thackeray has not done these appointments.

The Maha Vikas Aghadi leaders also have to appoint the chairman of CIDCO, Mhada and other important bodies. “There is lots of confusion among us over allocations of these co-operations. We had several meetings over this issue but no meeting reached to the conclusion. We are still discussing various posts allocations but no decision yet,” said senior Congress minister requesting anonymity.

(This is a modified reprint from New Indian Express which we take with gratitude).