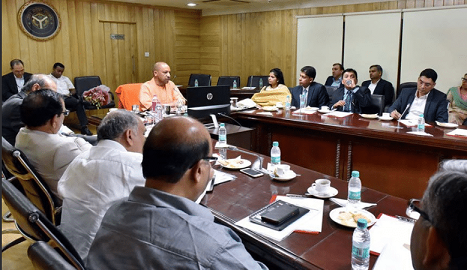 Reports said that a footwear making company has shifted to UP from China and has set up factory in Agra by investing Rs 300 crores. So far, the state government has allotted 850 plots to entrepreneurs during the pandemic. At least 350 acres have been allotted in Sector 28 near Yamuna Expressway for making medical parks.

Chief Minister Yogi Adityanath has issued instructions for handing over possession of the allotted plots to entrepreneurs within two months. Not only this, the state has also amended labour laws to make them more friendly for investments.

Among the foreign companies are those drawn from Canada, Germany, Hong Kong, Japan, Singapore, UK, USA and South Korea. To help the migrant labourers, Yogi Adityanath had started some schemes in May itself. There were meant to provide 9.5 lakh jobs in the state.