Russia makes list of 17 countries who have been “unfriendly” 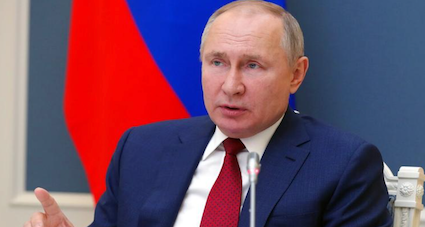 Russia has approved 17 countries as those who took “unfriendly actions” against it in the current imbroglio in Ukraine.

The list of 17 countries include United Kingdom, United States, Canada, Australia, New Zealand—the Anglo-Saxon powers as it were—but also includes Singapore, South Korea and Taiwan amongst others, not to forget Ukraine and European Union.

UK has cracked down on 15 individuals and 205 companies in Russia in terms of sanctions but the worst hand naturally has come from the United States. It has slapped sanctions on eight prominent Russian oligarchs as well two of Russia’s largest banks.

Earlier, he had threatened ‘tough retaliatory measures’ against the UK as it warned that it ‘will not forget’ London’s ‘sanctions hysteria’. Russian foreign ministry spokesperson Maria Zakharova hurled threats at the UK and its allies, as she said, “The sanctions hysteria in which London plays one of the leading, if not the main, roles, leaves us no choice but to take proportionately tough retaliatory measures. London has made a final choice of open confrontation with Russia.”