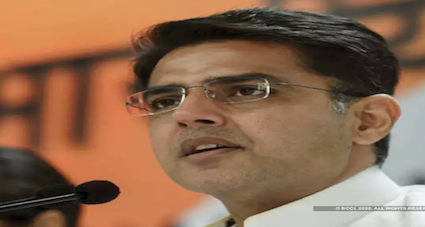 Congress leader Sachin Pilot has dialled Bahujan Samaj Party (BSP) MLAs who had defected to Congress and were promised cabinet berths by the chief minister Ashok Gehlot but it remains just a promise, a report has said.

The report claims that Pilot has asked the BSP-defected MLAs to voice their discontent towards the Congress party.

There were six BSP MLAs who had switched allegiance to Congress in 2020.

Congress state president Ved Prakash Solanki has already said that their phones were being tapped due to the party’s internal unrest. Solanki also claimed that many were contemplating leaving the party.

Solanki, speaking to Republic TV, claimed that the matter has been brought to the notice of Gehlot.

“Two-three MLAs have brought the matter to the notice of the Chief Minister. They have highlighted in front of the CM that the phones of the MLAs are being tapped, and they are being threatened. They have added that they fear their houses will be raided or if not that, then they would be framed in some other matter, and to avoid that they are contemplating leaving.”

The report says that Pilot, who is in touch with Rahul Gandhi and Priyanka Vadra, wants a speedy resolution to the issues. He has cited the example of Punjab where a three-member committee was formed and the disputing sides got a chance to speak on their issues.