Sanjay Raut does a complete U-turn on Sachin Vaze now 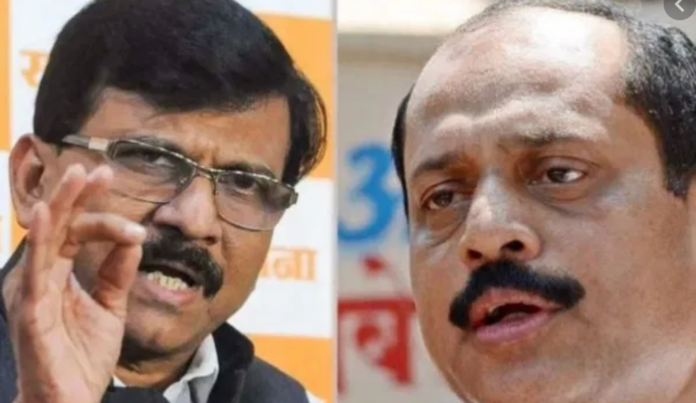 Weeks after applauding the suspended cop, Sachin Vaze, as “honest and capable”, the Shiv Sena leader Sanjay Raut has now taken a U-turn and said that he had earlier also warned some party leaders that Vaze could create problems for the Maharashtra government.

During a TV interview on Monday (March 29), the Shiv Sena leader said, “When there was a plan to reinstate Sachin Waze into the Maharashtra police force, I had informed some leaders that he could create problems for us. His behaviour and style of working could lead to some troubles for the government.” He further added that he cannot name the party leaders but they are ‘well aware’ of the conversation.

Adding further to it he even said that Chief Minister Uddhav Thackeray backed him but now as his activities have surfaced and “taught a lesson to the MVA government,” there is no reason to shield the officer.

Earlier, Raut was the one who came out in support of Sachin Vaze, and said “I believe Sachin Vaze is a very honest and capable officer. He has been arrested in connection with gelatin sticks that were found. One suspicious death also occurred. It’s Mumbai Police’s responsibility to investigate the matter. No central team was needed.”

Not only on Vaze, the leader has also targeted state Home Minister Anil Deshmukh in his weekly column in ‘Saamna’. Raut stated that Anil Deshmukh accidentally got the post of Home Minister. He further questioned how Deshmukh could be unaware of Sachin Vaze doing “vasooli” while sitting in Mumbai Police Commissioner’s office.

In his article, Raut wrote, “If a junior officer like Sachin Vaze was running a (money) collection racket from the Mumbai police commissioner’s office, why was the home minister not aware of it?”

“Vaze was a mere API in Mumbai police. Who gave him so many powers? Whose favourite was he? All this should come out,” Raut added.

With all this, it seems to be clear that the government have no clear plan for ‘Damage Control’, after former Police commissioner Param Bir Singh levelled serious allegations against the state Home Minister.

Meanwhile, Maharashtra Congress leader Sanjay Nirupam targeted Sanjay Raut over the reinstatement of now suspended Mumbai Police API Sachin Vaze and urged the NIA to pick up ‘talkative’ leaders like Raut in order to confront him with Vaze: To bring out the name of his “bosses.”