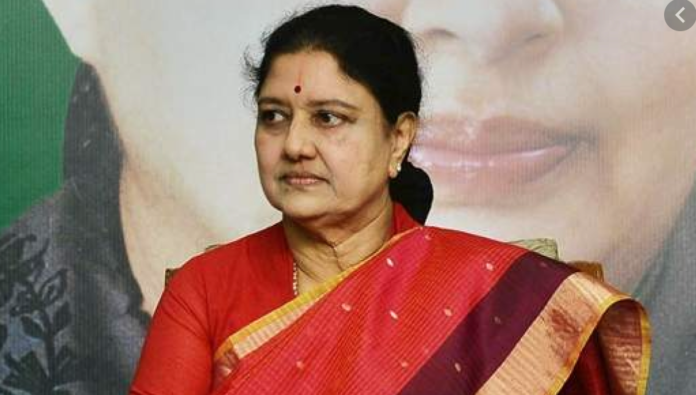 In a letter addressed to party cadre, Sasikala said: “Volunteers should work wisely to prevent the DMK, which our Amma has shown us as our common enemy, from coming to power, and to stay in power in Tamil Nadu. I continue to remain Amma’s sister post her death, as I was when she was alive. I have never aspired for a position, title, or power. I am always thankful for the love of the volunteers and the people of Tamil Nadu. Quitting politics, I will continue to  pray to Amma and God  that Amma’s golden rule be formed.”

Now Sasikala had reasons to be upset with the ruling dispensation of AIADMK. The party top brass didn’t appear cheered from her release in January after four months spent in jail.

A background first. Sasikala, aide of J Jayalalitha, had taken over as general secretary after demise of the latter in 2016. But she was later convicted and arrested in the disproportionate assets case. Before she left the helm, she made E Palaniswami  (EPS) as chief ministe. O Panneerselvam (OPS) who was her deputy quit the party. The party was now split in EPS and OPS camp. BJP got them in the huddle again. Letting OPS become the convenor and deputy chief minister.

Sasikala’s decision has come as a surprise. She had been involved in a legal battle with the AIADMK leadership to regain control of the party. She had termed the move to expel her from AIADMK as illegal.

BJP state chief L Murugan has meanwhile welcomed Sasikala decision.”We all must work together as children to prevent our common enemy, the evil DMK, from coming to power.”

The 234-seat Tamil Nadu Assembly is set to got to polls on April 6, with results to be declared on May 2.