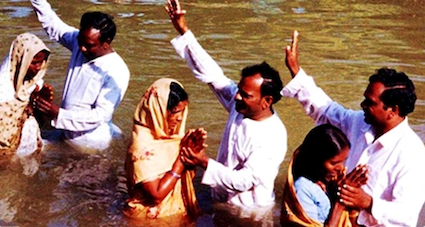 The NSCS was following up on a complaint by the non-profit group SC-ST Rights Forum that works for Dalit rights.

The complaint claims that the situation was alarming enough in the State since the terms “SC” and “Christians” have become synonyms in the State.

It’s leading the widespread social strife and law and order situation in the state, claims the complaint.

The complaint quote replies to an RTI query about the method of selection of beneficiaries for the Andhra government’s scheme “Chandranna Christmas Kanuka”, alleging the government officials state they treat the entire SC population in the State as Christian, as per a report in The Commune.

However, the individuals practicing Christianity continue to receive their Hindu caste certificates in order to obtain advantage of the benefits of reservations.

The complaint alleges that the Christian evangelists are engaged in aggressive conversion and encouraging secessionism by making converts to swear allegiance to extra-constitutional and extra-territorial religious heads.