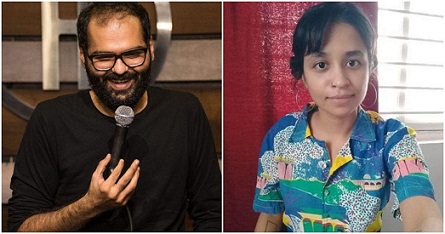 The Supreme Court has decided to proceed with the contempt of court case against comedian Kunal Kamra and cartoonist Rachita Taneja. The apex court headed by Justice Ashok Bhushan issued a notice to Kamra and Taneja and sought responses from them in six weeks. However, the bench has exempted the two from appearing in-person.

Attorney General KK Venugopal gave his consent to initiate the court proceedings against both Taneja and Kamra. While Kunal Kamra is facing a contempt of court case for his tweets that were a direct attack to the top court and “were highly objectionable”, the cartoonist Rachita Taneja is facing the charges against her series of illustrations which Venugopal said was a “gross insinuation” against the top court.

Venugopal also mentioned that the tweets made by Kamra were “in bad taste” and “crossed the line between humor and contempt”. He further remarked that this is time that people should understand that attacking the apex court brazenly would attract punishment under the Contempt of Courts Act, 1972.

It is not the first time when Kamra has done such things. The so-called “comedian” has the habit of sensationalism on Twitter. The infamous comedian lost his cool when the Supreme court granted bail to Arnab Goswami. He published a series of tweets where he described the Supreme Court as the ‘Supreme Joke of India’

Kamra had also posted a morphed image of the Supreme Court building giving it an Orange shade with the BJP flag hoisted in the Supreme Court’s entrance allege that it had become a puppet of the NDA Government.