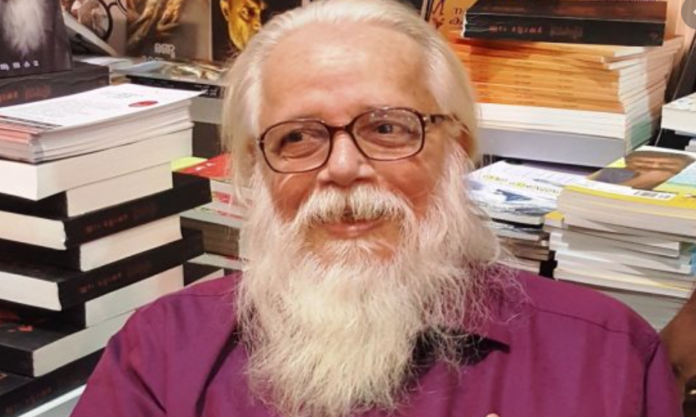 Claiming it to be a “serious matter,” a  bench headed by Justice A.M. Khanwilkar accepted the report by the committee it had appointed in 2018 after Nambi alleged a police conspiracy to implicate him in the case and asked the CBI to carry out further investigation in the case.

The court had termed the police action against Nambi Narayanan a “psycho-pathological treatment” and said that his “liberty and dignity, basic to his human rights were jeopardised.”

The apex court’s order came on a plea filed by the Centre, which had sought consideration of the report submitted by the committee regarding the role of police officials in the entire fake espionage case against Narayanan. Narayanan had been acquitted of all charges and                                       was awarded Rs 50 lakh compensation by the SC in 2018.

The ISRO spy case made headlines in 1994 when Narayanan was arrested on charges of espionage along with another senior official of ISRO, two Maldivian women and a businessman.

While he was released by the CBI in 1995 , he had to face “tremendous harassment” at the hands of the authorities and since then he has been fighting the case against the then top police official Siby Mathews and other officials which include S Vijayan and K K Joshua for the mental agony that he had suffered in the process.

The case also had its political connection, with a section in the Congress targeting the then Chief Minister late K. Karunakaran over the issue, which eventually led to his resignation.