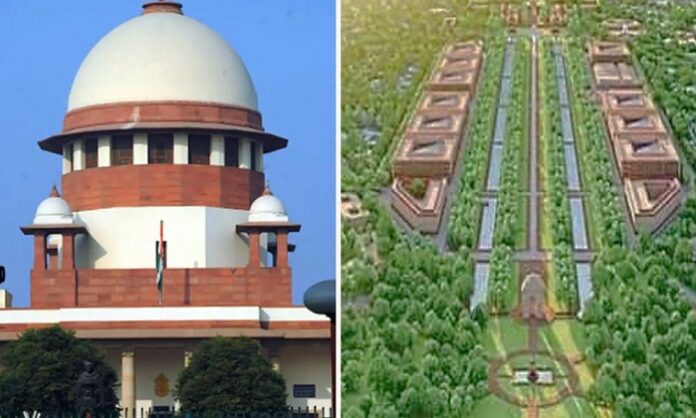 The Supreme Court Thursday refused to entertain a plea against the Centre’s Central Vista project which covers a 3-km stretch, from Rashtrapati Bhavan to India Gate, and includes construction of new parliament building.

A bench, comprising Chief Justice S A Bobde and Justice Aniruddha Bose, did not agree to the submission that the project in Lutyens’ Delhi needed to be stayed as the government bodies were to approach the authorities concerned for clearance and other formalities.

“Nobody is going to do anything” during the Corona pandemic, said the bench.

Solicitor General Tushar Mehta, appearing for the Centre, said a new parliament building is being constructed and wondered as to why anybody should have objection to the project.

Gujarat-based architecture firm HCP Designs has won the consultancy bid for the Centre’s ambitious project to redevelop the Central Vista.

The revamp, which was announced in September last year, envisages a new triangular Parliament building, with seating capacity for 900 to 1,200 MPs. It is targeted to be constructed by August, 2022 when the country will celebrate its 75th Independence Day. The common Central Secretariat is likely to be built by 2024.