SC sets Zubair free of FIRs; Did the man take Rs 2 crores to post his tweets? 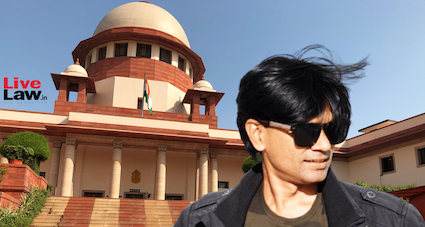 AltNews cofounder Mohammed Zubair released on bail by the Supreme Court judge DY Chandrachud on all FIRs filed against him by the UP police and elsewhere.

Further, Justice Chandrachud directed that any further FIR against him of a similar nature be clubbed with the one presently with the Delhi High Court.

Zubair is to be released subject to he furnishing a bail bond of Rs 20,000.

“All proceedings in connection with the FIRs shall lie before Delhi HC. While we have not quashed the FIR we clarify that we have granted liberty to petitioner to move Delhi HC under Section 482 CrPC to seek quashing, “ said Justice Chandrachud.

The SIT formed by the UP government on the matter stands disbanded, Justice Chandrachud added.

‘There is no justification to  keep the petitioner in continued detention especially since the gravamen of allegations in UP FIRs is similar to that in Delhi police FIR,” observed Justice Chandrachud.

Zubair was granted regular bail on July 15 by the Patiala High Courts.

“The instrument of criminal law has been used to harass and silence the voice of petitioner,” said Justice Zubair.

“The accused is not a journalist. He calls himself a fact checker. Instead of fact checking, he posts tweets which are getting viral and spreads venom and propagating people. He has been paid for these tweets and he gets paid more for the malicious tweets.”

Tellingly, Prasad used an observation by the Supreme Court itself to drive home his point.

“While granting intermit bail, this honourable court noted that he will not post any such tweets. Thus the court realized that his tweets were not earnest tweets and it was not to promote love and affection between communities. We cannot have such Ministries of hate.”

Prasad then gave certain examples to back his claims.

“There were tweets of June 6 which said why are people not protesting. His tweets were circulated as pamphlets and soon after the people came out of prayers and there was heavy violence…Accused from such violent scenes admitted they were given the pamphlets with tweets of Zubair printed.”

Prasad said there was also a FIR under the dreaded POCSO Act against Zubair.

“There is a FIR under POCSO Act and he has not spared a 10-year-old girl also.”

Prasad claims Zubair makes viral even when the speech on raping woman of a community is made. “He also does not tag the Sitapur Police.”

As per Prasad, he made it viral a video of an old man who was taveez maker and that he was beaten up…It is after this tweet and his own followers retweets to millions and then communal disharmony was created in Ghaziabad.

On June 28, Zubair gave a written apology since they didn’t check the facts, said Prasad.