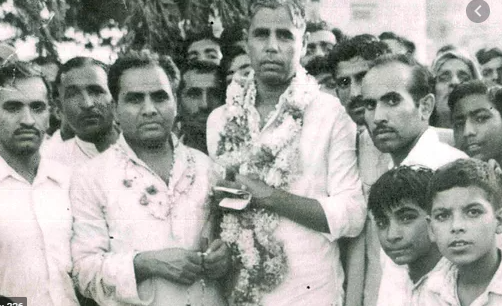 It was on August 6, 2019, during the tenure of present Lok Sabha Speaker Om Birla that Article 370 was restated and Artcle 35-A was scrapped. At least 55 years earlier, the fate of these articles had hung in balance on September 11, 1964, as Prakash Vir Shastri moved a Bill to for throwing out this provision from the Constitution.

Speaker of the Lok Sabha Sardar Hukam Singh set aside four hours for debating the issue. Shastri was independent MP from Bijnore and drew wide support for his Bill across the party lines. Several members from the Congress and all six Lok Sabha MPs from Jammu and Kashmir were in his favour. Despite that, the government of the day headed by Lal Bahadur Shastri stymied the effort. However, there are no comments attributed to the PM in Parliament recording and he seems to have sidestepped the issue.

In fact, the discussions over the topic lasted over four hours in the Lok Sabha, the allotted time, and remained inconclusive on that day. At least a dozen MPs had participated in the debate and all of them supported the move. Three MPs from J&K also spoke in favour to do away with 370.

Going through the debates that were held in the Lok Sabha from time to time on the subject, it becomes clear that this was the most serious challenge faced by 370 in whole of its existence. Some feeble attempts at weeding out this constitutional provision were made on some other occasions also. But nothing matches the support drawn by the independent MP from Bijnore. He raised the issue again on September 28, a fortnight after the debate, but failed after non-cooperation from the government of the day.

Abdul Gani Goni from Bhaderwah, once considered a staunch supporter of Sheikh Mohammad Abdullah, even set a deadline of one week to deliberate upon the issue in J&K assembly and then scrap 370. He was unequivocal in the support he extended to the Private Member’s Bill and many Congress MPs had argued that the government should adopt this Bill.

Goni had the reputation of being a very sharp MP when it came to legal matters. In the Constitution Assembly of J&K years earlier, while deliberating on the issue of accession, he proposed the idea of “recall of legislators” if they failed to perform according to the expectations of the voters.

Another unique idea that he propagated after Sheikh’s dismissal in August 1953 was the “right to secede being inherent in the right to accede”. Of course, both of his ideas failed to garner support and fail through. However, decades later, the idea of “recall of legislators” for non-performance has gained some traction.

Goni had the support of Ghulam Mohammed Sadiq, who was heading J&K then and publicly sought the removal of 370. There was thus a clean public opinion, often articulated by top J&K leaders, for scrapping 370. However, despite all that, the government of the day stalled debate on the issue.

Syed Nazir Samnani, another member from J&K, said that J&K was “no different from Maharashtra” and he saw no reason why 370 should be retained in the statute. His support to the Bill was fairly straightforward but mattered little in the end.

Gopal Dutt Mengi from Jammu argued that 370 had harmed the state and it lagged behind others in development. He said that the provision had not benefited the state in any manner and should be removed from the statute.

Incidentally, it is worth recalling here that the momentum for scrapping Article 370 had started building in the early part of 1964 when Nehru was alive. Several members had asked questions regarding steps being taken by the government to “fully integrate” J&K in India by removing 370. His death in May 1964 did not deter those opposed to this provision and it was taken up again later.

The then Union Education Minister M C Chhagla made public statement favouring the end of 370. His statements on the issue were carefully read, and interpreted by various commentators as a reflection of the government intent. However, beyond words, nothing concrete was done to do away this article.

Mr Chhagla’s statements were considered very important because he was Indian representative at the UN who argued about J&K. His statements were given due weightage and coverage in different fora at that time. In retrospect, those statements seem like diversionary tactics aimed at placating anti-370 MPs from his own party and others too.