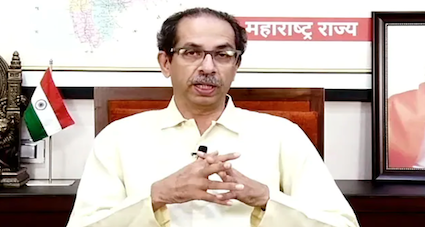 In another setback for the Uddhav Thackeray-led faction, 14 Shiv Sena MPs are in touch with Maharashtra Chief Minister Eknath Shinde, sources informed. The parliamentarians joined Shinde’s meeting at a Mumbai hotel virtually after voting in the Presidential polls, sources said.

Last week, Uddhav Thackeray had to cave in to the demand of MPs who asked to back Presidential candidate Droupadi Murmu. Since then, there have been talks that some Sena MPs are contemplating joining the Eknath Shinde camp.

Last month, Sena MLA Eknath Shinde rebelled against the party along with 39 legislators. The rebellion led to the collapse of the Maha Vikas Aghadi (MVA) coalition government. On June 30, Shinde was sworn in as the Chief Minister and BJP’s Devendra Fadnavis had taken oath as his deputy.

On his decision to rebel against the MVA government, CM Shinde on Sunday said that he took the step after party MLAs told him about the injustice they were facing in the Sena-NCP-Congress coalition.

Earlier in the day, senior Sena leader and former Maharashtra minister Ramdas Kadam resigned from the party. In a letter to Uddhav Thackeray, Kadam said that he is tendering his resignation as “Shiv Sena leader”.

Kadam had served as state environment minister in the BJP-Sena government (2014-19). He was not given a ministerial post in the MVA government and was even denied another term as a member of the state Legislative Council last year.

Notably, his son Yogesh Kadam, the MLA from Ratnagiri district’s Dapoli constituency, had joined the Shinde camp. Numerous Shiv Sena corporators and other position-holders, past and present, from various locations in Maharashtra have jumped ship as well and the exodus looks set to continue.