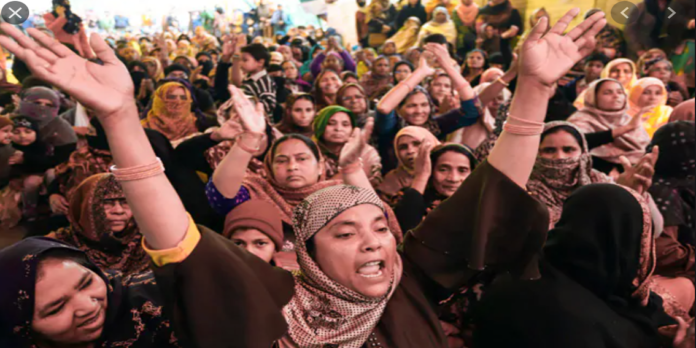 The Supreme Court has drawn a line in the sand:  Protest and expressing dissent comes with certain obligations and can’t be held “anytime and everywhere”.

In a ruling late last night, the Supreme Court, while dismissing a review petition on the anti-citizenship law protests held in Delhi’s Shaheen Bagh in 2019, made these observations.

Twelve activists had filed a review petition on the ruling of Supreme Court on October 2020, terming the anti-citizenship law protests held at Shaheen Bagh to be illegal.

“The right to protest cannot be anytime and everywhere. There may be some spontaneous protests but in case of prolonged dissent or protest, there cannot be continued occupation of public place affecting rights of others,” the three-judge bench of Justices SK Kaul, Aniruddha Bose and Krishna Murari said while dismissing the review petitions. Though the review petitions were decided on February 9, the order came late last night.

The three-judge bench reiterated that public places cannot be occupied for protests and that that public protests must be “in designated areas alone”.

“Dissent and democracy go hand in hand,” the top court had observed in its October verdict, stressing that “protests like these are not acceptable”.

The review petition under Article 137 of the Constitution had raised five grounds to challenge the October order. The main ground for review was the vast powers the judgment conferred on police, leaving scope for its abuse.

The petitioners stated, “Prima facie the order under review appears to be giving way to an unrestricted sanction to the police to take action by misusing these observations…. Such observations may prove to be a license in the hands of the police to commit atrocities on legitimate voice of protest, especially protesters coming from vulnerable sections of the social strata.”

Further, it argued that the observation of the court that protests could be held at ‘designated places alone’ went against the five-judge bench decision of the Supreme Court in Himat Lal Shah case decided in September 1972. This decision upheld the right of a citizen to hold public meetings on public streets. The petitioners complained that before altering this principle, the apex bench did not hear the protestors.

The bench having gone through the review petition and record of its earlier order said, “We are convinced that the order of which review has been sought, does not suffer from any error apparent warranting its reconsideration.” The review petitions were dismissed on this count.

Delhi’s Shaheen Bagh had emerged as the epicentre of anti-CAA protests in 2019 where the protesters- mostly women and children – sat for more than three months.

A massive wave of protests had swept the nation against the CAA before the novel coronavirus pandemic forced a majority of population indoors and the government announced one of the world’s strictest lockdowns in March.