Shedding tears for France; but not when Kamlesh Tiwari was beheaded in India 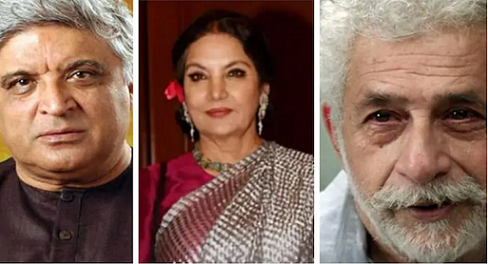 Condemnation of recent events of Islamic terrorism witnessed in faraway France has come from many Indians, most of whom are often referred to as “Eminent Citizens”. Of course, they sure are eminent personalities because of the success they have had in their chosen fields, a good number of them associated with Bollywood.

Naseeruddin Shah, Javed Akhtar, Shabana Azmi, Tushar Gandhi, Julio Rebeiro, noted lawyer Prashant Bhushan and Swara Bhaskar, among 131 eminent personalities issued a statement condemning the incidents in France. “We are deeply disturbed by the convoluted logic of some self-appointed guardians of Indian Muslims in rationalising cold-blooded murder and deplore the outrageous remarks of some heads of state,” the statement read.

“No God, god’s, goddesses, prophets or saints may be invoked to justify the killing and/or terrorising of fellow human beings,” it added. It is at once odd and surprising that the condemnation of the incidents in France has been articulated in this manner. Odd and surprising because these personalities have, more often than not, chosen to bury their heads in the sand when incidents of wanton violence by Islamic zealots at India come to the fore.

Incidentally, these people had not said a word when Kamlesh Tiwari (image above) was murdered for “blasphemy against Prophet of Islam”. They were also not outraged when innocent Sadhus were beaten to death at Palghar several months ago.

Be it the brutal killing of Ankit Sharma in Delhi riots, or the violence perpetrated against the Hindus in Bengaluru, most of these people maintained a deafening silence. What is their motivation for speaking up about the events in France and preferred silence over events closer home? A non-functional moral compass? Selective outrage?

It bears mention here that so-called liberal poet Munnawar Rana has justified the beheadings in France for blasphemy against Islam. The same Munnawar Rana who had returned an award given by the government in 2015.