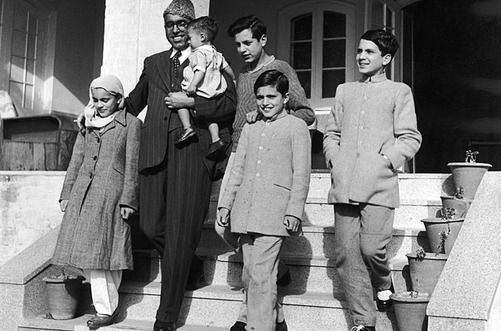 What are SKIMS, SKUAST and SKPA? Oh, Sher-e-Kashmir Institute of Medical Sciences, Sher-e-Kashmir University of Agricultural Sciences & Technology and Sher-e-Kashmir Police Academy in Jammu and Kashmir. So did countless other government institutions and buildings are named after Sher-e-Kashmir, a title conferred on Sheikh Mohammad Abdullah by his supporters. The gallantry medal awarded for conspicuous bravery by policemen was also named after him.

The day Sheikh Abdullah died, September 8, was a gazetted holiday in J&K till last year. His birthday, December 5, too was marked on the annual calendar of the erstwhile state for several decades. All this was possible as his party, National Conference (NC), derived from Muslim Conference in 1939, was politically powerful, whether in power or out of it.

In June 2018, the swagger in the walk of petty NC leaders had to be seen to be believed after the coalition government led by Mehbooba Mufti was pulled down by the BJP. Most NC leaders dawned an air of invincibility about them thereafter saying the Centre had no choice, but to seek their support. The whispering going around was that Sheikh’s grandson Omar Abdullah would be the CM again, as and when the elections are held.

After all, Prime Minister Indira Gandhi had brought back Sheikh from the oblivion in 1975 and made him the CM. The President, Vice President, many Cabinet ministers, accompanied her to Srinagar in 1982 when Sheikh died. She herself had stayed for three days, mingling with the family of Sheikh, his sons, daughters and grandchildren.

Only the Central government had some other plans which unfolded on August 5, 2019, when it reorganized the state into two Union Territories. The prefix of SK has been dropped from the police gallantry medal and a couple of other places silently. A lot more is possible over the next few months and years as the NC recedes politically, conceding space to other political groups.

On Tuesday, the NC organised functions in Srinagar as also Jammu to pay tributes to Sheikh on his 38th death anniversary. At Srinagar, the function was led by Farooq Abdullah who was accompanied by Omar. Farooq termed the changes brought about by the Central government as “unilateral and unconstitutional”. These changes could perhaps be called “unilateral” but in declaring these to be “unconstitutional”, Farooq seemed to over-rule and pre-empt the Supreme Court which is yet to give its verdict on the issue. He perhaps needs to be reminded that the jurisdiction of declaring a law “unconstitutional” or otherwise vests in the apex court, and not political parties.

In death, Sheikh bequeathed the CM’s post on his chosen son, Farooq Abdullah, much to the chagrin of his son in law G M Shah. Much in the manner of established monarchical dynasties as others who had worked much harder to build NC were sidelined. Shah toppled Farooq in 1984, Mufti Mohammad Sayeed replaced him as CM in November 2002, and so on.

Incidentally, in Ladakh, the party had become totally irrelevant after that area became a UT, something that it consistently opposed. One can also see and feel the rapid decline of NC, and its founder, SK, in all spheres of public life in J&K. The low-key celebrations of SK’s death anniversary and the way they were reported in Wednesday’s papers just indicate that so clearly.

Watch this space as SKUAST-Jammu drops the prefix SK in the coming days and the Centre renames SKICC in Srinagar. Please Google details about SKICC to find more about it. Incidentally, it had remained a designated jail for many months for political leaders from Kashmir, cutting across party lines, after scrapping of Article 35 A and restating 370.