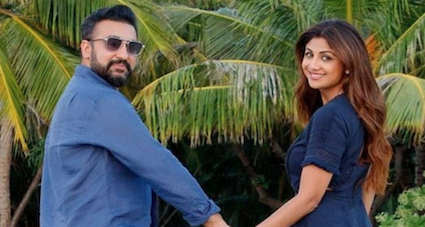 Denying her involvement in the company, the actress also revealed that Pradeep Bakshi, the London-based wanted accused and Raj Kundra’s brother-in-law, was involved with the app and its functioning.

Advocate Abad Ponda, representing Raj Kundra, also presented same claims and argued that the video content did not fall under the category of pornography. He said, “The videos don’t show the ‘actual act of coitus’ or ‘actual act of intercourse, hence they can’t be considered pornographic. OTT platforms like Netflix and Amazon have similar content.”

Gehana Vasisth, who is also involved in the case, also defended the actress and said that the app never had any pornographic content.

She said, “Just a few days before his arrest, I went to his office. There, I got to know that he is planning to launch an app called Bollyfame. He was planning to do chat shows, reality shows, music videos and feature films for the app. There was no plan to involve ‘bold scenes’ in these films.”

Kundra was arrested on the night of 19 July after being booked under relevant sections of the Indian Penal Code and the Information Technology Act. He was denied bail and his police custody was extended till July 27.