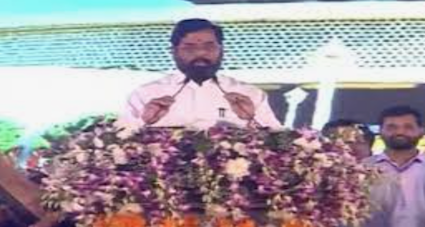 Eknath Shinde took oath as the new Chief Minister of Maharashtra on Thursday. Uddhav Thackery did not attend the swearing-in ceremony.

The 58-year-old leader was administered the oath of office and secrecy by Governor of state Bhagat Singh Koshiyari at the Raj Bhawan in Mumbai. In a massive political twist, the Thane strongman was named as the new Chief Minister, even as many thought Devendra Fadnavis would be taking the post now that the BJP Legislature Party and the Shiv Sena Legislature Party, under Eknath Shinde, along with 16 independent MLAs have come together to form the government.

‘Shinde will lead the government as the Chief Minister, Fadnavis had announced, adding that he will see to the functioning of the government from ‘outside’. However, later he agreed to take the post of his Deputy. “Under the leadership of Eknath Shindeji, we will take the development forward in the state. Whether it is the OBC reservation or the Maratha reservation, we will certainly take all these issues to end. I am sure that this government will do it,” Fadnavis had said.

After BJP president JP Nadda talked with former Maharashtra Chief Minister Devendra Fadnavis, following which, the latter accepted to be a part of the state’s cabinet, he has now taken oath as the new Deputy Chief Minister of Maharashtra.

From the ‘wait and watch’ stand, Fadnavis switched to the ‘action’ mode when he flew to Delhi along with Rajya Sabha member and leading lawyer Mahesh Jethmalani to discuss legal issues with the high command, including Amit Shah.

The very same day, the Governor was approached, and a letter was submitted, in which it was stated that the MVA government seems to have lost majority, and hence, a floor test was sought.

Pursuant to that, Bhagat Singh Koshyari through a letter asked the government to face a floor test and prove the majority by convening a special session of the state legislature on June 30.

A plea was moved by the Uddhav Thakeray camp in the Supreme Court against Maharashtra Governor’s directions. However, after a marathon hearing, the vacation bench of Justices Surya Kant and JB Pardiwala in a brief order, said, “We are not staying the Floor Test”.

Following this, Uddhav Thackeray announced his resignation as Maharashtra CM. Also, as a member of the Legislative Council. Post this, the floor test became redundant, and now, the Eknath Shinde-era is set to begin.