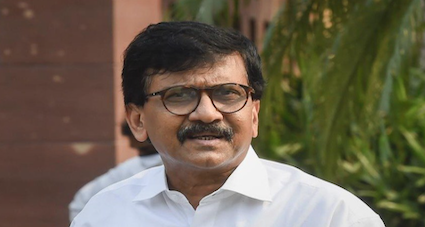 Retorting to the Bharatiya Janata Party’s allegations of hooliganism, the Shiv Sena leader Sanjay Raut on Thursday said they are ‘certified goondas’, as per a report.

“No one needs to give us a certificate on being goondas, we are certified. When it comes to Marathi pride and Hindutva, we are certified goondas,” the senior Sena leader said, pointing out that the Sena office was a symbol of Maharashtra and its people.

BJP blamed it for hooliganism following a clash that erupted outside the Sena Bhavan at Dadar on Wednesday after the youth wing of the BJP took out a protest march against the “offensive” remarks in an editorial of Sena mouthpiece Saamana on the alleged corruption in Ayodhya land deal.

Defending his party’s hooliganism, Raut said, “If someone tries to attack the premises, will Marathi ‘manoos’ (person) and Shiv sainik keep quiet?”

Raut, who is also the editor of Saamana, defended the editorial, saying it had just sought clarification on the allegations

“Why did the BJP get so agitated? What did the Sena editorial say? It just sought clarification on the allegations and demanded that if the charges are proved false, those who levelled them should be punished. Is asking for a clarification a crime in this country? The editorial nowhere mentions that the BJP is involved in it. Can’t you read and write? First understand what the allegations are and what the Shiv Sena spokespersons have said. Are you educated or not?” he said.

Meanwhile, Raut’s rowdy behaviour was not acceptable to Deputy Chief Minister Ajit Pawar who issued a clarification after the Shiv Sena leader took pride on belonging to a party of certified goondas (goons).

“No matter what anyone says, no party will be allowed to behave like goons. Today, the leaders of the state are from Shiv Sena. The Chief Minister is working to run the state in accordance with the law and abiding by the rules. Everyone is expected to follow the law of the land,” Pawar said.