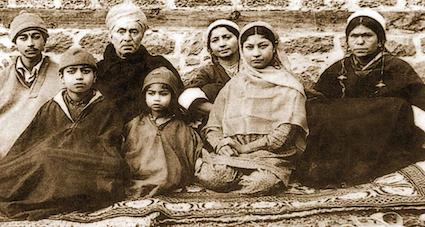 Stirring a massive controversy, Congress’ Kerala Twitter handle took on Vivek Agnihotri’s ‘Kashmir Files’ movie on Sunday, sharing a long thread of ‘facts’ about the Kashmiri Pandit exodus in 1990. In a bid to downplay the exodus, Congress claimed that it was the terrorists who killed 399 Kashmiri Pandits between (1990-2007) while 15,000 Muslims were killed during the same era. Facing severe backlash for its tweet, Congress later took down the first tweet.

In a series of tweets, Congress claimed that then-J&K Governor Jagmohan was an RSS man under whose rule Pandits were driven out of the Valley. Pointing out that BJP continued to support the VP Singh govt till 1990, Congress claimed that the UPA govt had built 5,242 tenements for Pandits in Jammu and provided one-time assistance of Rs 5 lakh to each family. It also claimed that the BJP govt has lied to Pandits and has not brought them back to Kashmir or resettled them in past 8 years.

“BJP was engineering a Hindu-Muslim divide in the country over the Ram Mandir issue in Ayodhya during the migration. Pandits’ issue suited BJP’s propaganda to create a fake outrage for electoral gain. Even in the 1948 communal riots after partition, over 1,00,000 Kashmiri Muslims were killed in Jammu, but there were no retaliatory killings of Pandits,” tweeted Congress.

Enraged at the Congress’ shocking attitude towards the Kashmiri Pandits’ exodus, BJP I-T chief Amit Malviya tweeted, “When Congress, that ruled India for better part post-1947, officially whitewashes the genocide of Kashmiri Hindus, one knows there was no hope for justice, with them at the helm”.

Many Twitter users have questioned if Rahul Gandhi – who is a Kerala MP – endorsed this view.

“Congress party doesn’t understand all this. Congress has a history of genocide. Everyone knows that lakhs of Kashmiris were cleansed from Kashmir which was absolutely communal. Now they are making false statements blaming BJP. They – Congress and allies created a situation where pandits couldn’t stay alive and a communal crisis to remain in power,” said Kerala BJP MP Kevin Alphons.

On 19 January 1990, the day Governor Jagmohan took charge, Kashmiri Pandits were driven out of the Valley when a message was issued by terrorists over loudspeakers from mosques and on the streets – ‘Convert to Islam, leave the land or die’. Amid massive panic, over 350,000 Pandits escaped from the Valley in the next few months – March and April, while hundreds of Pandits were tortured, killed and raped. According to several Kashmiri scholars, the wave of exodus continued till 2000, leaving several Kashmiri Pandits languishing in refugee settlements, unable to return to their ancestral land.

Written and directed by Vivek Agnihotri and produced by Zee Studios, the film depicts the exodus of Kashmiri Hindus from Kashmir following systematic killings of people from the community by Pakistan-backed terrorists. It stars Anupam Kher, Darshan Kumar, Mithun Chakraborty and Pallavi Joshi among others. It has been declared tax-free in many BJP-ruled states like Karnataka, Madhya Pradesh and Gujarat.