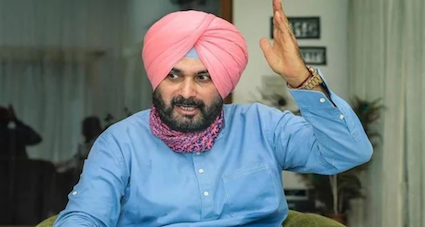 Ahead of crucial assembly elections in Punjab, state Congress chief Navjot Singh Sidhu has once again made headlines for not paying the electricity bill of his Amritsar home.

According to a report, he allegedly owes over Rs 4.23 lakhs for pending electricity bills, which has not been paid for six months. This is not the first time when Sidhu hasn’t paid his pending bills.

In July, last year, according to the website of Punjab State Power Corporation Limited (PSPCL), Sidhu had not paid the electricity charges to the tune of Rs 8,67,540.

Ironically, Sidhu who has been batting for 300 units of free electricity to domestic customers in the state, has been defaulting on the payment since August 2021

Bharatiya Janata Party launched a scathing attack on Sidhu. BJP leader Vineet Joshi targeted PSPCL and Sidhu and said, “Navjot Sidhu, on one hand, is raising the issue of losses caused by the mafias to the state exchequer and is looting his own government on the other. He is a defaulter and the PSPCL is not daring to disconnect his power connection due to his influence.”