Sidhu to stay as Punjab Congress chief: A three-member panel to resolve issues 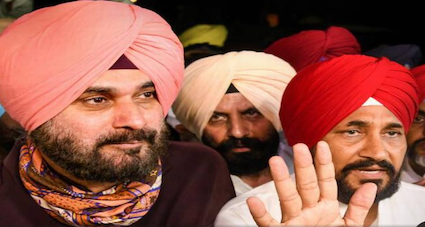 The decision came after an over two-hour meeting at the Punjab Congress Bhavan between Chief Minister Charanjit Singh Channi and Navjot Singh Sidhu, who had resigned from the post of the state party chief on Tuesday. It has been reported that Sidhu is likely to stay on as the Punjab Congress chief until the elections, held early next year.

Punjab cabinet minister Raj Kumar Verka informed that “Sidhu will continue as the president of the party and the matter has been resolved”. But he declined to comment on the terms and conditions of the resolution arrived at.

Sidhu was upset over senior appointments made by the new Charanjit Singh Channi-led government and resigned from his post two days ago.

Meanwhile, A senior party leader, who chose to remain anonymous,  points out that the coordination committee will be of no use as hardly any time left for elections.

“It will not serve any purpose other than putting balm on someone’s ego and making the decision-making process more cumbersome. In January 2020 also, the AICC set up a coordination committee under the then general secretary but it did not conduct even a single meeting,” he added.