So our soldiers could die defending J&K but not buy land; And you call it fair, Omar 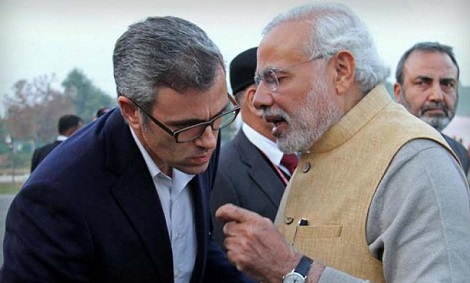 Those making constitutional changes in Jammu and Kashmir seem to have a deep sense of history. So it seems when one looks at major changes scrapping Article 35 A and restating 370 that were brought in on August 5, 2019. In 1965, August 5 was the day when war with Pakistan due to its Operation Gibraltar had started.

Now, on October 27, 2020, new land laws that enable all Indians to buy land in J&K have been unveiled. On October 27, 1947, the first Indian troops had landed in Srinagar to halt the onward march of marauders from Pakistan. This was a day after Maharaja Hari Singh had signed Instrument of Accession to join India on October 26.

In a way, the new laws will lead to landing of all Indians in the near future to settle down in J&K. Be it for business, running industries, or just housing and choosing the Union Territory (UT) for residential purposes.

In short, the new J&K land laws are just about as revolutionary as scrapping of 35 A and changes in 370. In fact, the legislature of J&K drew powers from 35 A to define “Permanent Residents” of the then state.

The most important and fundamental change in new land laws has been done in Section 17 of the Jammu and Kashmir Developed Act that deals with disposal of land. The phrase “permanent residents of the state” stands omitted from this Act and all other things in fact follow.

Lieutenant General Manoj Sinha said in Srinagar on Tuesday that “non agriculturists will not be able to buy agricultural land”. There is confusion regarding some clauses of the new laws. Under these laws, it will be possible to divert agricultural land for education and health care facilities. This may lead to private universities and corporate hospitals opening up in the UT.

Incidentally, there is no private university or colleges in J&K at present. It may be mentioned here that thousands of students, right from school level to universities, and for professional as also technical education go outside the UT. They can be found in neighbouring Himachal Pradesh, Punjab, Uttarakhand, Delhi or further far-off places like Mumbai and Bangalore.

National Conference leader Omar Abdullah, in a Tweet, criticised the new land laws saying J&K would be on sale now. It needs to be remembered that Dogra king Gulab Singh had paid war indemnity of Rs 75 lakh to British in March 1846 to lay the foundations of Jammu and Kashmir state.

In popular narratives in the Kashmir valley, it is said that the Dogra king had purchased the land of Kashmir, along with its people. Incidentally, war indemnity was an established international law at that time. It is often said that harsh war indemnity imposed in World War I (1915-18) had led to WW II.

It is only after WW II that the tradition of war indemnity got phased out globally. The clear distinction between war indemnity and purchase of land (along with people) is thus deliberately obliterated in Kashmir. This suits those who want to push narratives of “Hindu king ruling over Muslims”.

In the coming days, one may hear more damning statements against the changed laws, emerging mainly from Kashmir. A good number of these statements are likely to refer to a sinister design to change the demographics of the UT. Similar allegations were hurled at the Centre when 35 A was scrapped last year.

Earlier, before these laws, Indians could die defending J&K, but they could not buy an inch of land here because of Article 35 A. Right from Major Somnath Sharma, martyred in 1947, to those losing their lives on Line of Control (LoC), or the CRPF personnel who fell victim in Pulwama blast on February 14, 2019, none was eligible for buying any land in J&K. That has changed now with the notification of new laws.

The reactions of various parties and social organisations to the notification of new laws were along expected lines. The new laws end “discrimination between citizens of India”, Vishva Hindu Parishad (VHP) president for J&K and Ladakh Rajesh Gupta said in a statement released in Jammu. He welcomed the laws which enable all residents of Bharat into the UT.

Meanwhile, Jammu Kashmir Pradesh Congress Committee (JKPCC) rejected the new laws, claiming that this was against the repeated assurances to the contrary by the BJP. In a press release, JKPCC has termed it as “another betrayal of the BJP with people of J&K”.

The BJP government has facilitated the sale of land to “all non J&K residents”, at the cost of interests, culture and identity of people in the erstwhile Dogra State, it added.

Some days ago, various political parties in Kashmir, including the NC of Abdullahs, People’s Democratic Party of Mehbooba Mufti, People’s Conference of Sajjad Lone, had come together to form People’s Alliance for Gupkar Declaration (PAGD). They had together decided to work for “restoration of Article 35 A and 370”. It will now be interesting to watch their reactions in the coming days.

The new laws have been notified by the Ministry of Home Affairs (MHA) drawing powers from the Reorganization Act passed last year. It has scrapped 12 laws and made changes in another 14 and that means 26 laws existing in J&K earlier stand changed now.