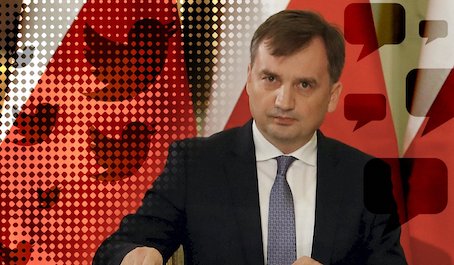 Poland has come out in support of outgoing United States president Donald Trump—not as much in words as in deed.

Prime minister Mateusz Morawiecki denounced Big Tech for sifting Freedom of Speech and announced new laws to protect it on the internet. He urged similar regulations from the European Union.

In the wake of Trump’s eviction from Twitter, German Chancellor Angela Merkel only a day before had said she considered it to be “problematic.”

IMorawiecki in a statement said that the internet, over time, has come to be dominated by international corporations that treat people’s online activity as a source of revenue and a tool to increase their power.

“They have also introduced their own standards of political correctness, and they fight those who oppose them,” added Morawiecki.

“Discussion consists in the exchange of views, not in silencing people. We do not have to agree with what our opponents write, but we cannot forbid anyone from expressing views that do not contravene the law.”

Everything which is not forbidden is allowed. Also on the internet, there is no tolerance for censorship, nor can there ever be,” Morawiecki said.

He said that Poles experienced state censorship firsthand during 45 years of Communist rule, during which they were told what to think and what they were not allowed to think, say, or write.

“That is why we are so concerned with any attempt to limit freedom.”

The move would prevent social media platforms from deleting posts or blocking user accounts at their discretion.

If a Social Media platform bans an account, it would have to resolve the complaint within 48 hours. If the user was not satisfied, he could go to special Courts for the protection of the Freedom of Speech.

The Court would be obligated to consider the case within seven days.

The proposal is being compared to regulations governing speech on the internet in France and Germany. The regulation in these countries focus “on the quick removal of content that is considered to violate the law of a given country, and not on the protection of Freedom of Expression,” the statement said.

In Germany, a hefty fine may be imposed on a social media site that breaks the law, and the Minister of Justice decides if a post violated the law.