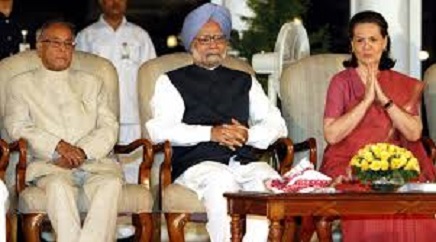 Late President Pranab Mukherjee has blamed Sonia Gandhi for the loss of the 2014 Lok Sabha elections. In his forthcoming final volume of “The Presidential Years”, Mukherjee said Sonia was unable to handle the Congress party and this had led to 2014 poll debacle. In his memoirs, he also discussed the coalition woes of Prime Minister Manmohan Singh.

The excerpts of the book, being published by Rupa Publications, have been released by the publisher. At one place, Mukherjee said in his book: “Some members of the Congress have theorised that, had I become the PM in 2004, the party might have averted the 2014 Lok Sabha drubbing. Though I don’t subscribe to this view, I do believe that the party’s leadership lost political focus after my elevation as President.”

Pinpointing blame on Sonia, he further wrote: “While Sonia Gandhi was unable to handle the affairs of the party, Dr Manmohan Singh’s prolonged absence from the House put an end to any personal contact with other MPs.”

The publishers announced on Friday that the memoir of late former President Pranab Mukherjee will be released worldwide in January 2021. In “The Presidential Years”, Mukherjee has given a critical appraisal of the five decades that he had spent in the Congress party.

The critical account of Sonia is coming out into open at a time when some reports have suggested that she may resign from the post of UPA chairperson. The recent poll debacle in Bihar assembly elections have also added to her problems.