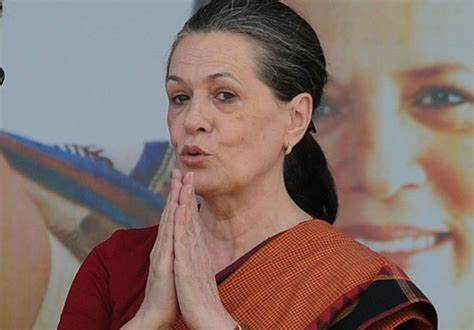 A Sonia Gandhi-led campaign of misinformation threatens the welfare of lakhs of migrants and could throw India off the course in its battle against Corona Virus.

The Congress president on Monday made the grandiose declaration of bearing the cost of rail travel of stranded migrant workers and labourers who are being rushed to their destinations by specially-run Indian Railways trains.

Gandhi, in a statement, announced the party’s decision to pick up the Railway fares of migrant workers and said it would be Congress’ humble contribution in standing shoulder-to-shoulder with these workers “who are the backbone of the country’s economy.”

Rahul Gandhi, her son and former president in this rotating family chair at helm of Congress command, followed up with a tweet in Hindi: “One the one hand, the Railways is charging ticket fares from labourers while on the other hand, the Railway Ministry is donating Rs 151 crores to the PM-Cares Fund. Just resolve the puzzle.”

The truth is Ministry of Home Affairs is clear in its guidelines that “no tickets are to be sold at any station.”

Further, Railways is picking up 85% of the cost of migrants’ travel while the state governments are being asked to pay the remaining 15%. Some states, like Madhya Pradesh, are picking up their part of expense.

Since not all migrant workers are rushing to home, and some are staying put where they are, state governments are issuing the list of people to the Railways, who are to travel to their destinations. Railways, accordingly, are deciding on the frequency and numbers of special trains which are needed for the purpose.

As per Centre’s directives, Railways is neither selling tickets to any passenger nor making any contacts with them. Tickets are being given directly to the states at 15-20% of cost. This is to ensure that States are taking due care in preparing the list of travelling migrants. It’s the states which identify, do health screening and decide on passengers as per urgency. It’s also not advisable that a large crowd throng the railway stations, sacrifice the social distancing and spread the infection. Further, migrants could also be struck at the gates of their villages some of which are observing lockdown and following 14-day quarantine norm.

Railways not only is adhering to adequate social distancing norms, i.e by only carrying 60% of the capacity in a train, but also providing food, water and security along the way. Trains, once emptied, are returning to their originating locations.

So far, Railways is running 34 special trains for the purpose.

In view of the facts, this declaration by the Congress president threatens to cause chaos and throw the country off the path in fight against the pandemic. We all have seen the distressing images of migrants gathering at bus and railway stations of Delhi and Mumbai in recent times. It’s nothing but a political gambit, at a time of national crisis, built on misinformation with the potential to hurt the battle against pandemic.