Soren made to wait for 4 days by Gandhis, says report: Trouble in Jharkhand 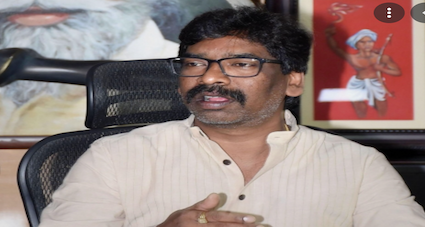 “Hemant returned to Ranchi on Saturday. He had been repeatedly making attempts to call on Sonia and Rahul but failed. The snub has not gone down well with the JMM. Moreover, their meeting with Stalin has only rubbed salt to the wound,” the Daily Pioneer reported.

Adding insult to injury, a report has further claimed that while Soren was kept waiting to meet, Gandhis found time to meet the new Tamil Nadu chief minister MK Stalin.

Soren has came to Delhi to discuss the positions to be filled for the vacant cabinet berths, a possible reshuffle in the Council of Ministers, and appointments to corporations.

“Such developments do not augur well for the coalition when there has always been an air of mistrust among the two major coalition partners. Particularly, given the buzz of a possible BJP-JMM alliance, that keeps the Congress and the RJD on their toes. Or for that matter, the BJP getting a sizeable MLAs of the JMM and the Congress to resign just as it did in several States,” sources further said.

Jharkhand Congress chief and Finance Minister in Hemant’s Government, Rameshwar Oraon, too, had come to Delhi to discuss “party affairs” besides appointments in corporations and commissions etc under the State Government. Both Hemant and Oraon would have participated in the meeting with the Congress top brass to discuss all the pending issues.

In another move, four-time Assam Congress MLA Rupjyoti Kurmi has quit the party and said the party will not move forward if Rahul Gandhi is at the helm of affairs. He added that Congress does not listen to young leaders and gives priority to the old guard only.

“Rahul Gandhi is unable to shoulder leadership, if he is at the helm, the party will not move forward. I am leaving Congress as High Command in Delhi and Guwahati leaders give priority to elderly leaders only,” the MLA said.

It is not the first time when the mother-son duo denied the party members their meeting time, inevitably forcing them to leave the party.

Assam’s current chief minister Himanta Biswa Sarma and Madhya Pradesh MP Jyotiraditya Scindia are some of the major names who left the Congress party because of the dynasty politics.