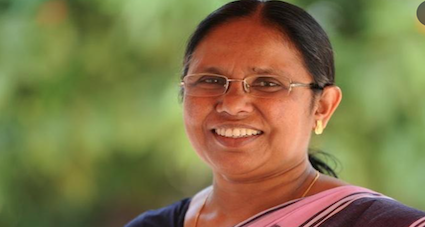 The CEU is founded by Hungary-American liberal billionaire George Soros, who is known in India for his anti-India  propaganda.

President and Rector of CEU, Michael Ignatieff, announced the award for “Shailaja Teacher” and said the prize is awarded this year to an “extraordinary public servant” from the developing world.

It is interesting to note that Soros, through his network, has been trying to interfere in Indian political affairs. Earlier also, George Soros had promised to fund at least $1 billion to left liberals.

However, this time they have interfered by awarding to the controversial health minister whose presence was not enough for Covid-19 to continue to rage in Kerala.

It is also worthy to note that the minister which apparently received the highest civilian recognition by the CEU, has been dropped by the Kerala government for the mismanagement of the Covid-19 pandemic.

While the western propagandists are busy praising Shailaja, they have openly ignored the fact that when the entire country was on the roads of recovery, it was Kerala and Maharashtra together that contributed more than 77% of India’s case count. The pandemic continued to rage in Kerala, making it epicentre in southern India. Even now, over 20% of fresh new cases were recorded from Kerala alone.