Stan Swamy: A death unfortunate but worse is to blame Indian State for the tragedy 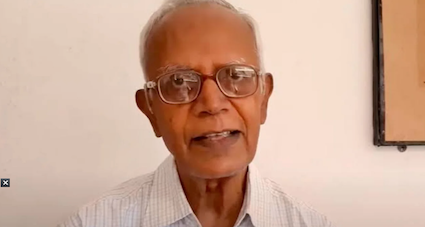 The death of Stan Lourduswamy, known as Stan Swamy, in a Mumbai private hospital as an undertrial prisoner in the Bhima Koregaon violence case is unfortunate but worse is an attempt to portray it as some kind of high-handedness from the Indian State against human activists.

Who was Stan Swamy? He was a Roman Catholic Priest, a member of the Jesuit order. Hailing from Trichy, Tamil Nadu, Swamy held the stripes of an activist for tribals and didn’t bat an eyelid against the violence which periodically was meted out to martyred Indian soldiers by the Maoist cadres of the Jharkhand-Chattisgarh region.

Why was Stan Swamy arrested? On the last day of 2017, an event, Elgar Parishad, was organized in Shanjwar Wada, Maharashtra. The following day, large scale violence broke out at Bhima Koregaon. Lakhs of Dalits had gathered there to celebrate the 200th anniversary of the Battle of Bhima Koregaon, won by the British Army—comprising mostly soldiers from the Dalit community—against the Peshwas in 1818.

The Pune Police, which began probe into the violence, learnt from the arrested activists that the event was part of alleged Maoist activity. After the police had investigated the matter for two years,  and arrested nine supposedly intellectuals for inciteful speeches, the case was transferred to National Investigation Agency (NIA).

The NIA, during its investigation, found Stan Swamy as a key conspirator and arrested him last October. It termed Stan Swamy as a “hard-core CPI-M activist” who had received funds from other Maoists for stoking the activities of the banned outfit. He was convenor of Persecuted Prisoners Solidarity Committee (PPSC), a frontal organization of CPI-M. The central agency found documents from his possession which incriminated Swamy. However, given the octogenarian’s age, Swamy was never put in police custody.

What happened once Stan Swamy was arrested?: No sooner had Stan Swamy been arrested, all necessary medical formalities were complied with before he was produced before the Special Court. He was flown in safety and comfort from Ranchi to Mumbai. All his entitlements including food, as provided by the law, was granted to him.

Stan Swamy’s health was certified to be stable by the medical practitioner. He was subjected to medical check-up and made no complaint about his ill-treatment when he was produced before the concerned NIA Court. He was sent on judicial custody to Central Jail, Taloja, Mumbai.

While in judicial custody, Stan Swamy was kept in a separate cello prison hospital. Two attendants were provided to him. He was accorded other facilities such as a wheel chair, walker, walking stick, straws, sipper, mug, commode chair, dental treatment as well as visiting psychiatrist.

Amidst all this, Stan Swamy filed for bail applications before the Bombay High Court which was rejected.

On the 21st of May this year, Stan Swamy filed a criminal appeal before Bombay High Court. He was advised by the court to be treated at jJ Hospital. However, he refused to get admitted to JJ Hospital. Subsequently, on his request, the High Court allowed him to be shifted and treated in Holy Family Hospital, Bandra along with an attendant, as is the protocol.

Stan Swamy was in hospital from May 28 onwards for treatment of his ailments. The duration of his stay was extended till July 6, 2021. However, on July 3, he suffered a cardiac arrest. On July 5, that is yesterday, he passed away while undergoing treatment.

So who do you blame for Stan Swamy’s death? The Pune Police and NIA who probe the Bhima Koregaon violence and saw Stan Swamy’s hands as a CPI-M activist? Do you blame Indian judiciary who found the matter serious enough not to grant him bail yet accord him the maximum comfort permissible under the law? Or do you blame the Indian State which, truth to be told, had nothing to do in a case handled by the law and order agencies of the country?