Stung by by-poll reverse in backyard, KCR invites all but Congress for anti-BJP plank 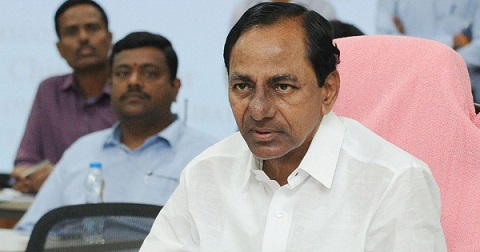 Telangana chief minister K Chandrashekhar Rao is attempting what Chandrabbu Naidu attempted in recent times. Bring all the opposition parties under one umbrella.

It is unclear though if Congress, the present pariah after Bihar elections, has been called or not.

The doors are open for all those who could form an anti-BJP front.

It seems BJP’s win against odds and predictions of Exit Polls in Bihar and sweeping triumph across the nation in by-poll elections, have presented an existential crisis for the Opposition.

For Rao it must have been debilitating that in its stronghold in Telengana too, BJP was able to win the seat at Dubbak under its nose.

Rao, or KCR as he is know, had first proposed a front of regional parties without Congress ahead of the 2019 General Polls. Again, it was a moment when BJP was sweeping the North East. In 2018, Rao had met Mamata Banerjee, Mayawati, Akhilesh Yadav and Odisha’s Naveen Patnaik in this regard.

The TRS, YSRCP and BJP have over the past few years have sat on the fence. It remains to be seen if the present move could bear results.