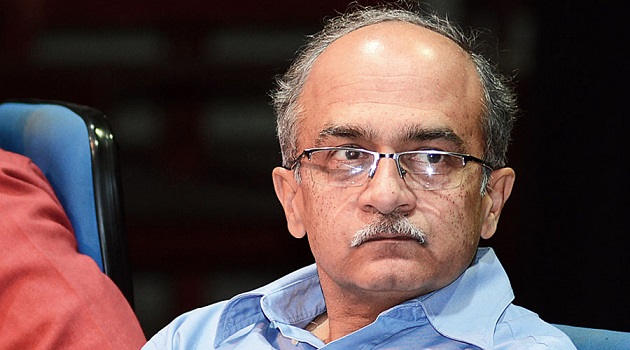 Controversial lawyer Prashant Bhushan might have expressed regret but the Supreme Court is having none of it. It has overlooked his regret in a contempt case over an interview in 2009 where he had called Chief Justices corrupt. The Supreme Court on Monday said it would again check whether Bhushan’s comments amounted to contempt of court. It would resume hearing next Monday.

“We need to check whether statements made regarding corruption amounts to contempt of court. Thus, we need to hear the matter,” said the Supreme Court.

Shanthi Bhushan, senior lawyer, former law minister and father of Prashant, requested to court to list the case when physical hearings resume after the Coronavirus lockdown. Supreme Court refused to pay heed to his request.

In 2009, during an interview to “Tehelka”, Prashant Bhushan had said half of 16 Chief Justices of India were corrupt.

There is another contempt petition pending against Bhushan, this time over his comments on present Chief Justice of India, SA Bobde.

Supreme Court said: “There is a line between free speech and contempt…There is freedom of speech and expression and then contempt.”

The other person accused of contempt, senior journalist Tarun Tejpal, apologised for publishing the statement.