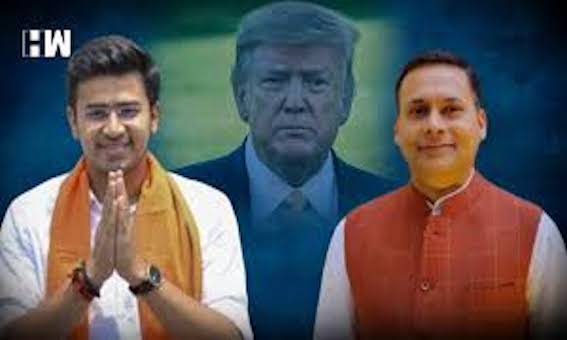 Malviya said that de-platforming a sitting US President sets up a dangerous precedent. Surya warned that if Twitter can take such an action against President of the United States (POTUS), it is time that India reviews its intermediary regulations. Malviya said the Twitter action was dangerous as meant “intolerance for a differing point”.

Surya and Malviya’s reactions came into open via Twitter. Suspending Trump’s account, Twitter said: “After reviewing of Tweets from the Donald Trump account and the context around them how they are being received and interpreted on and off Twitter, we have permanently suspended the account due to the risk of further incitement of violence”.

After Twitter suspended his personal account, Donald Trump tweeted from the official account of POTUS and said that the microblogging site has banned free speech. Trump alleged that Twitter employees had coordinated with Democrats and Left to suspend his account. However, within minutes, Twitter removed it from the profile. He then tweeted again from a page called Team Trump that was created ahead of elections to canvass support for him. Twitter deleted that account also.