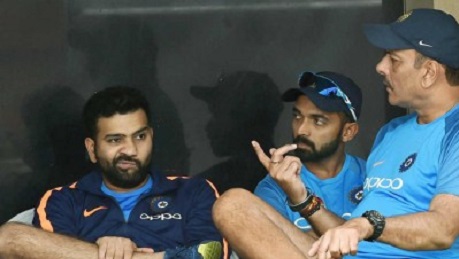 Australia could be scrambling for options as there is all possibility of the Sydney Test (January 7-11, 2021) being scrapped.

There are new border closures and restrictions in Australia due to the fresh Covid-19 outbreak. Sydney, and its northern beaches, in particular are massively plagued.

Every state and territory has declared the greater Sydney region a hotspot and the first casualty of it was announced by Cricket Australia on Wednesday when it didn’t allow explosive opener David Warner and paceman Sean Abbott to join the cricket squad even though the two had flown in to Melbourne in anticipation of taking part in the second Test, beginning December 26.

On Saturday, the Sydney to Hobart yacht race was cancelled for the first time in 76 years. There have been postponements and logistical upheaval to the Big Bash League, A-League and W-League.

Several alternatives are being considered. One being swapping the Brisbane Test (January 15-19) with the Sydney game.

Or stage the second and third Test in Melbourne itself before turning up at the Gabba for the fourth and final Test.

Or shift the Sydney Test from the SCG to Manuka Oval in Canberra.

“CA has prepared for the possibility of Covid-19 hotspots and state border closures over the course of the summer and the protocols that we have put in place have been effective in ensuring the safety and success of the men’s and women’s domestic and international programs to date,” Hockley said.

The logistics though are not easily surmountable. It’s a fresh challenge for television networks and operators, some of whom live in Sydney.

Meanwhile, BBL players have been told they could not visit their family homes in Queensland for Christmas after CA tightened its biosecurity guidelines.