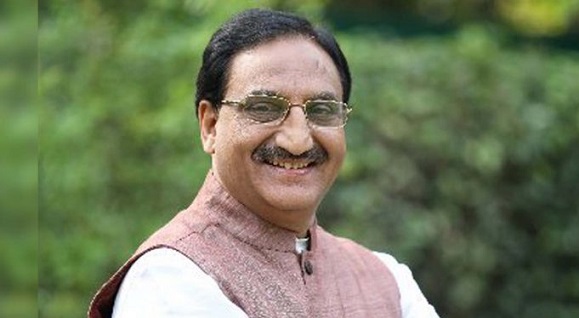 It seems there is no end to the malicious lies being spread by the politicians, media and academicians against the present Modi government.

This week, CBSE announced a revised curriculum for the 2020-2021 season for Class XI and XII. In the letter, CBSE stated it was intended to reduce the burden of studies on the students during the current pandemic. They further clarified that the schools could teach students the excluded topics but they would not be part of the internal assessment and board exams.

The opponents of the Modi government seized on their moment. Thus from Mamata Banerjee to Manish Sisodia to every mainstream media in the town, not to mention the manipulated Social Media, the word was out that leaving out the topics such as nationalism, federalism, local government, secularism etc was a sinister government plan to use the crisis of Covid-19 to push their agenda in education.

While Mamata Banerjee was shocked to know the deletion of topics like secularism from syllabus, the Telegraph, typically over the top, said: “The government’s critics have underlined that many of the axed topics tend to promote knowledge and ideas that are unfriendly to the BJP-RSS ideology.”

Well, no less than the minister of human resources development, Dr Ramesh Pokhriyal Nishank, had to step in today to stuff the lies into the mouths where it emanated. Nishant made a series of tweets on Thursday to clear the air. It’s best that these series of tweets are put to readers as it were:

“There has been a lot of uninformed commentary on the exclusion of some topics from CBSE Syllabus. The problem with these comments is that they resort to sensationalism by connecting topics selectively to portray a false narrative.

“CBSE has clarified, schools have been advised to follow the NCERT Alternate Academic Calendar, and all the topics mentioned have been covered under the same Academic Calendar. The exclusions are merely a 1-time measure for exams, due to the Covid-19 pandemic.

“The only aim is to relax the stress on students by reducing the syllabus by 30%. This exercise has been carried out following the advice & recommendations of various experts and considering the suggestions received from educationists through our Syllabus for Students 2020 campaign.

“While it is easy to misconstrue exclusion of 3-4 topics like nationalism, local government, federalism, etc. and build a concocted narrative, a wider perusal of different subjects will show that this exclusion is happening across subjects.

“To give a few examples, the topics excluded in Economics are Measures of Dispersion, Balance of Payments Deficit, etc, topics excluded in Physics are Heat Engine & Refrigerator, Heat Transfer, Convection & Radiation among others.

“Similarly, some of the excluded topics in Maths are Properties of Determinants, Consistency, Inconsistency, and Number of Solutions of System of Linear Equations by Examples and Binomial Probability Distribution.

“In  Biology, portions of Mineral Nutrition, Digestion & Absorption have been excluded. It can be no one’s argument that these topics have also being excluded by malice or some grand design which only partisan minds can decipher.

“It is our humble request: Education s our sacred duty towards our children. Let us leave politics out of education and make our politics more educated.”