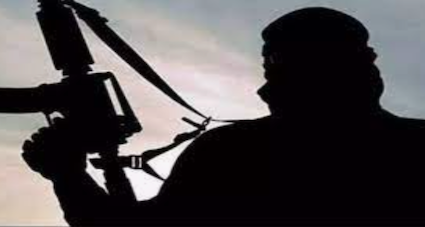 One thing that is being discussed here widely now in the Union Territory (UT) of Jammu and Kashmir is the likely impact of Taliban takeover of Afghanistan on the situation here. Most people seem worried that it may see a spurt in terrorist activities, as has happened once before when Taliban ruled. Perhaps that may be a bit too quick an assessment and waiting for a few days to see what the new Afghan rulers prove more pragmatic.

Once upon a time, armed Afghans with Pakistanis, and locals trained in Pakistan, were fairly common among terrorists operating in J&K. The Indian security forces, be it Army (mainly units of Rashtriya Rifles), BSF initially, and then CRPF, besides Jammu Kashmir Police (JKP) have evolved a counter insurgency (CI) policy which is effective. Over the past two years, after August 2019 constitutional changes, the CI grid has been further strengthened. Given this, it seems unlikely that an immediate fallout of developments in Afghanistan will be visible here.

Yet, there is no room for complacency here as former DGP of JKP S P Vaid says that the Afghanistan developments can sure be a morale booster for terrorists. It is likely that these terrorists can carry out their activities with new found confidence. However, we need to remember here that the Afghan terrorists were in J&K as they were helped in the infiltration by Pakistani ISI and Army. Not of their own volition.

Will Afghan fighters work at the behest of ISI just as easily as before? Will ISI have as much of control and command over the Afghan fighters as they had in the past? Will the US condone Pakistani establishment, its Deep State, for trying to foment trouble for India as it did 20 years back? One needs to think about all this and more when making any assessment. Incidentally, the new Afghan boss, Abdul Ghani Baradar, was incarcerated in Pakistani jails for eight years, with ISI making big bucks from their US allies!

Pakistan may be right now thinking in terms of having gained the “strategic depth’’, vis a vis India, due to Taliban coming back to power. How realistic and true that is going to prove in the coming days? Perhaps one variable that we need to factor in is that hundreds of Tehrik Taliban Pakistan (TTP) fighters were released from Afghan jails the moment Taliban gained control of the country. Pakistan cannot be happy with this development as these TTP fighters can be a serious headache for its security forces on its western borders.

Another factor that we need to see is the attitude of new Afghan rulers towards the Durand Line, the line that defines the border between Afghanistan and Pakistan. Pushtoons, who dominate Afghanistan ethnically, have scant regard for this line which is being fenced by Pakistan at most places. But fencing can curb ingress-egress of Pushtoons to and from Pakistan if only it is manned effectively by armed Pakistani personnel. Finding those personnel is not going to be an easy task for Pakistan as insurgent Baloch targeting the Chinese, simmering discontent in Sindh and Pushtoon Tahahuz Movement (PTM) are big problems.

Over the past few years, Pakistani forces have dealt with PTM brutally, and the Afghans are not much enamoured of the ruling Punjabi elite who formulate and dictate policies in Islamabad. Can Pakistan continue dealing with PTM activists in the same manner now after Taliban’s ascension to power? It doesn’t all add up to a very tasty recipe for Pakistan and things may not be as palatable for it as it may like to believe. Conversely, the situation may not be as bad as some commentators would like India to believe.