Taxpayers would have to suffer till 2026 because of UPA’s oil bonds: FM 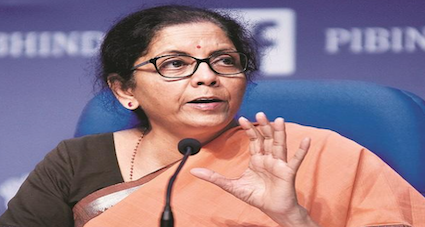 Finance Minister Nirmala Sitharaman hit out at United Progressive Alliance (UPA) government saying that the taxpayers of today are paying for the subsidy dished out to consumers more than a decade ago by UPA.

Sitharaman said, “I would like to say that the taxpayers of today are paying for the subsidy dished out to consumers more than a decade ago by the UPA government, and they will continue to pay for the next five years as the redemption of the (oil) bond continues until 2026.”

Earlier also, Sitharaman had said that the Modi government is paying Rs 2.5 lakh crore liability of oil bonds. Addressing the Lok Sabha, she said that even former Prime Minister Manmohan Singh had agreed that oil bonds do not solve the problem.

“What I want to draw your attention to, hon. Chairman Sir, is that even the former Prime Minister Dr. Manmohan Singh, in an address to the nation on 4th June 2008, had said, “However, I would like the nation to remember that issuing bonds and loading deficits on oil companies is not a permanent solution to this problem. We are only passing on our burden to our children who will have to repay this debt”,” she quoted Singh’s statement from June 2008