Temple funds not to be diverted for non-Hindu causes: Karnataka govt 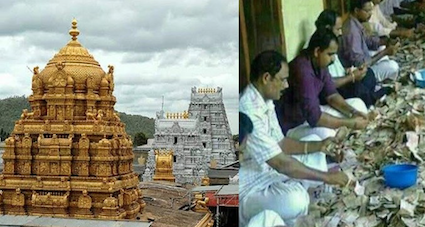 The Karnataka state government issued an order, prohibiting the use of funds of the Hindu Religious and Charitable Endowments (HRCE) department also known as Muzrai department, for causes other than that of temples.

As per reports, the notification was released last week, July 23 in which the Karnataka Hindu religious institutions and charitable endowments department has mentioned that funds from Muzrai department controlled Hindu temples will not be diverted into any other non-Hindu causes.

The order came in response to the recent outrage by various Hindu groups and leaders against the distribution of ‘tastik’ money from the HRCE to priests and staff of other religious institutions. Minister for Muzrai Kota Srinivas Poojary directed that all such acts of financial support from the department be halted with immediate effect.

HRCE had informed the state government that a total of Rs 133 crore is spent annually on ‘tastik’ distribution which covers around 27,000 Hindu temples in the state. However, apart from them, 764 other non-Hindu religious institutions were also among the recipients of the ‘tastik’.

Considering this, Minister Kota Shrinivas Poojary last month assured that all such acts of financial support from the department be halted with immediate effect.

This order notified on 26 July bars the diversion of both the ‘tastik’ and the annual grant to 757 religious centres and 111 prayer centres. The order instructs that such grants be given to the concerned institutions through the Department of Minority Welfare, Haj and Waqf.