The American lobbies which are working against India 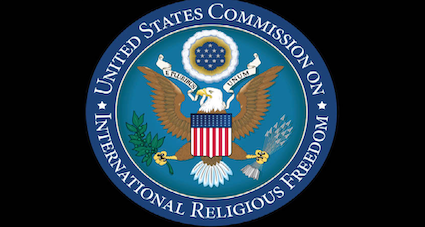 The likes of USCIRF (US Commission on Inter Religious Freedom), the Indian American Muslim Council (IAMC), Fidelis Government Relations firm and other lobbies are working against India, it has been alleged by Republic Media.

The Indian American Muslim Council (IAMC) was leading the synchronised campaign to spread fake news by circulating misleading videos from Ghaziabad. It has been booked under the UAPA for allegedly sharing fake photos and videos of a mosque burning in Tripura on social media. And interestingly, the IAMC seems to be USCIRF’s go-to destination and platform to deliver talks.

IAMC had co-sponsored an event where the USCIFR Chair Nadine Maenda was the speaker. The September 2021 event discussed the implementation of the CAA and NRC in Assam. More recently, she was part of the IAMC event on 26 January 2022 on “Protecting India’s Pluralist Constitution”

The IAMC cannot be played down as an innocuous organisation, because reports after reports indicate there is a strong Pakistan backing. The Former Founder of SIMI, Dr Ahmedullah Siddiqui, was present at IAMC’s first convention in Washington DC. IAMC’s early conventions involved a certain Asim Ghafoor was the spokesman for the Global Relief Foundation, which is another UNSC designated terrorist group associated with Al-Qaeda.

Additionally, IAMC’s Sheikh Ubaid is also reportedly associated with the Islamic Circle of North America (ICNA). The ICNA is widely deemed as the US front for Jamaat-e-Islami, Pakistan. In fact, Jamaat-e-Islami founder Maududi himself attended ICNA’s first major public event at New York’s Columbia University in 1974.