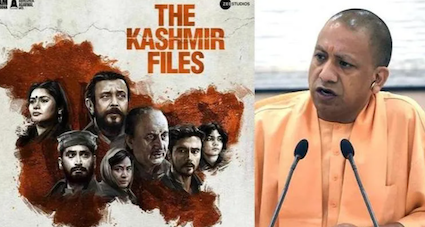 Uttar Pradesh, after a string of other States, has also declared The Kashmir Files a tax-free flick.  Other States include Tripura, Gujarat, Haryana, Assam among others.

This would encourage the enormous population of Uttar Pradesh to buy tickets cheaply.

Several fans and netizens have taken to social media to hail the film for its portrayal of the events that took place in 1990 during the Kashmir insurgency.

Anupam Kher himself also recently spoke to ANI and opened up about how The Kashmir Files is ‘not just a film’ for him, but has several emotions connected to it.

The actor said, “This is not just a film, many emotions are associated with it. Kashmiri Pandits were compelled to leave miserably. The world did not acknowledge this exodus.”