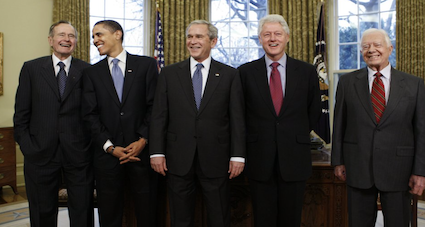 Worse than the lies that get us into wars that never should have happened are the liars who know nothing of the history of the countries they are determined to attack.

Vietnam is a prime example of knowing nothing about its history. Lyndon Johnson never cracked a history book before buying secretary of defense Robert McNamara’s deception about North Vietnamese patrol boats attacking US warships—now we know better how it sucked the US into war with Vietnam.

Perhaps Kennedy did open a history book and learned that the Vietnamese, despite having been occupied by China and France, have never been defeated in their 1,000-year recorded history. It did appear that the US would pull out but then JFK was assassinated in Dallas, Texas. Draw your own conclusions as to another reason he had to go.

JFK had already angered (an understatement) the military when he refused to let the Joint Chiefs of Staff to carry out their Operation Northwoods, which was a series of false flag terror attacks the CIA would undertake in the US that would be blamed on Cuba, providing the excuse to attack Cuba. Kennedy then fired the Joint Chief’s chairman General Lyman Lemnizter. The CIA also lost no love for Kennedy. Frustrated with the agency after the Bay of Pigs, JFK allegedly wanted to do away with it.

But what did the politicians, corporate media and the American people learn after the Vietnam debacle that killed 58,000 Americans and, while there is no reliable count, some one million Vietnamese, smashed infrastructure and poisoned the countryside with Agent Orange? They learned nothing.

Again, without opening a history book, on October 7, 2001, what has been described as a US coalition began its invasion of Afghanistan with an intense bombing campaign. Since George W. wasn’t too fond of books, if anyone in his administration had looked up why Afghanistan is called the “Graveyard of Empires,” they didn’t tell him.

So once again the US was off to a war it couldn’t win, based on a mountain of lies about September 11, 2001, Osama bin Laden, al Qaeda and the Taliban. Yes, the Taliban have done terrible things, especially to women, but it was the US who set up bin Laden and what became al Qaeda under Jimmy Carter, Ronald Reagan and Poppy Bush, because they wanted the Russians, who were there to support the government, out.

This is what Akhilesh Pillalamarri wrote in The Diplomat: “Afghanistan is a notoriously difficult country to govern. Empire after empire, nation after nation have failed to pacify what is today the modern territory of Afghanistan, giving the region the nickname ‘Graveyard of Empires,’ even if sometimes those empires won some initial battles and made inroads into the region.”

But rather than open his eyes to the disaster he was about to inflict on Afghanistan and the US, Bush busied himself with ways to launch a preemptive war on Iraq, too.

James Bovard, in the The American Conservative pointed out, “In his State of the Union address on January 29, 2002, Bush frightened Americans with a bogus nuclear threat: ‘Our discoveries in Afghanistan confirmed our worst fears. . . . We have found diagrams of American nuclear power plants and public water facilities’ in caves used by Al Qaeda. Senior CIA and FBI officials followed up with ‘background’ briefings to the media, revving up the threat that Afghan-based Al Qaeda fighters were targeting U.S. nuclear power facilities. This made the terrorist threat far more ominous and spurred support for Bush’s preemptive war policy against Iraq.

“Two years later, Bush administration officials admitted that the president’s statement was completely false and that no nuclear power plant diagrams had been discovered in Afghanistan. Nuclear Regulatory Commissioner Edward McGaffigan, who had testified in 2002 on this falsehood at closed hearings on Capitol Hill, commented that Bush was ‘poorly served by a speechwriter.’ This was a farce—as if the deceit stemmed from some speechwriter’s poetic fancy—as opposed to the conniving of a phalanx of high-ranking officials and the complicity of George W. Bush. Bush’s lies on a nuclear threat from Afghanistan paved the way to his far more destructive lies regarding Iraqi chemical and biological weapons in his 2003 State of the Union address.”

And where was the corporate media? Buying into the lies instead of calling them out. Especially remember the tall tales Secretary of State Colin Powell told to the United Nations.

Is it any surprise that neither venture ended well?

President Biden, while standing behind his decision to end the Afghanistan war, at a July 8 press conference told a whopping fairy tale: “The United States did what we went to do in Afghanistan: to get the terrorists who attacked us on 9/11 and to deliver justice, to get Osama Bin Laden, and to degrade the terrorist threat to keep Afghanistan from becoming a base from which attacks could be continued against the United States. We achieved those objectives. That’s why we went. We did not go to Afghanistan to nation-build. And it’s the right and the responsibility of the Afghan people alone to decide their future and how they want to run their country.”

Oh wow. Talk of hubris. As Dave Lindorff wrote in Counterpunch, “Of course, if that had actually been the US goal when it invaded Afghanistan in 2001 then the troop pullout could have happened in late 2001, not a generation later in mid-2021. (Some of the US soldiers being shipped home now weren’t even born when the US invaded Afghanistan!)”

Umm . . . we aren’t exactly leaving, either, as the bombings will continue.

Might someone in power and in the corporate media read some history before the US hegemon decides to invade another country?

(This piece is taken with gratitude from IntrepidReport).