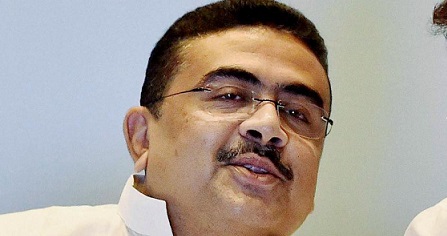 West Bengal Chief Minister Mamata Banerjee was an established national leader before she rose to the top executive post in the state. She fought many pitched battles in what was a Left bastion over a decade ago and emerged victorious. One unforgettable battle that catapulted her to the hot seat was waged in Nandigram and she had Suvendu Adhikari on her side. He was one of the most important  architects of Mamata’s victory in 2011 legislative assembly elections when her fledgling Trinamool Congress (TMC) trounced the Left parties.

Trinamool, which roughly translates as grassroots, had a rough ride as strong-arm tactics were not alien to the Left cadres. Beating the Left supporters in their own game, on what they had called home turf for almost four decades, was no mean task. That needed guts, raw courage to remain ready for fighting pitched street battles and this Mamata had in abundance.

It was in Nandigram, home turf of Adhikari, that Mamata got anointed as darling of the masses of the state. It was the long Nandigram agitation that she waged which toughened her for the challenges that she overcome in 2011 and rode to power. Suvendu Adhikari, MLA from Nandigram, who resigned from the state assembly on Wednesday, and his family, played a very major role in shaping up that agitation.

A decade later, the two have parted. The main reason for their ties hitting a dead-end has been the unbridled rise of Mamata’s nephew, Abhishek Banerjee, a Lok Sabha MP. The sudden importance given to Prashant Kishor, poll strategist for Trinamool Congress, is another sore point for Adhikari.

It seems like the screenplay of a 100-day drama unfolding down to the last day as Adhikari may join the BJP when Union Home Minister Amit Shah visits the state over this weekend. Incidentally, it was over three months ago that Adhikari had systematically started distancing himself from the party of which he was a strong symbol. Riding on the sentiments generated during Nandigram agitation which started in November 2007, Adhikari had become a Trinamool MP in 2009.

Sure-footed Adhikari first quit as the chairman of the Hooghly River Bridge Commission (HRBC), and followed it up with leaving Mamata’s cabinet in which he was a Minister for Transport, Irrigation and Water Resources. The next critical step towards quitting Trinamool was taken on Wednesday when he quit the legislative assembly. It seems only the last step in this direction, leaving the primary membership of the party, remained.

Among themselves, Adhikaris have good support in several districts like Bankura, Birbhum, Jhargram, Malda, Murshidabad and Purulia. Their parting of ways with Mamata could adversely impact the party in over 50 assembly segments at a conservative estimate. The losses suffered in so many segments can make the fight with an unrelenting BJP that much tougher.

Adhikari’s impending parting of ways comes at a time when Mamata is also facing threat from another quarter, AIMIM of Asaduddin Owaisi. Flush with a good show in recent Bihar elections, Owaisi says AIMIM is now planning to contest West Bengal elections. This is sure to cut into Mamata’s support among Muslims who voted en bloc for her party in the past two assembly elections.

With two more party MLAs Ranjib Banerjee and Mihir Goswami voicing dissent against Prashant Kishor, an indirect way of having a go at Mamata, she sure has her hands full. There are at least two ministers and a number of MLAs who could switch over to BJP. Indeed, the party’s cadre base could split down the middle. It could be a case of from Didi to Dada.