Tikait claims ‘shot at’ by BJP goons; only video shows his own men at work! 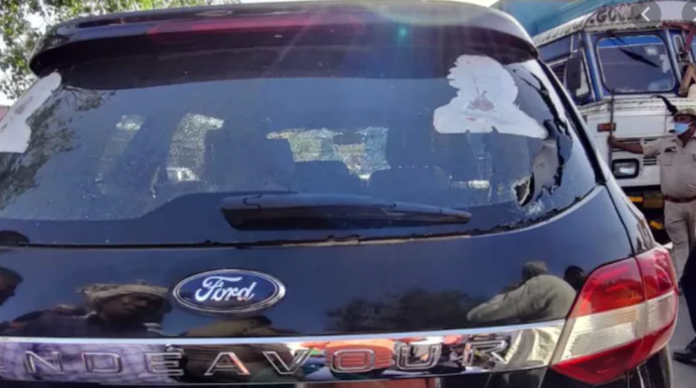 Farmer leader Rakesh Tikait claimed on Friday that his car was shot at by BJP workers in Rajasthan. Interestingly, while the video of “damaged” car was being shot, somebody alongside the narrator is seen breaking the rear windowshield with a stick!

The Bharatiya Kisan Union (BKU) leader posted a video on twitter, alleging that BJP goons had tried to murder him at the Tatarpur village on the Bansur Road in Alwar village in Rajasthan. Tikait termed it as murder of democracy.

In the video, the “narrator” sounds agitated on what had allegedly happened. While the camera was pointing towards the rear windshield of the car, someone hits it with a stick, breaking the glass on the spot.

Punjab Kisan Union leader Ruldu Singh Mansa had smashed the windscreen of his car by a hockey stick this January and claimed it to be the handiwork of Delhi police, as reported by OpIndia.

The report claimed that once Delhi Police had refused him to travel in his car, as he didn’t have the requisite prior approval for his private car for a meeting with the Union government, he picked up a hockey stock and smashed the rear windscreen of his own car.