Tikait had been beaten up just before his teary press conference 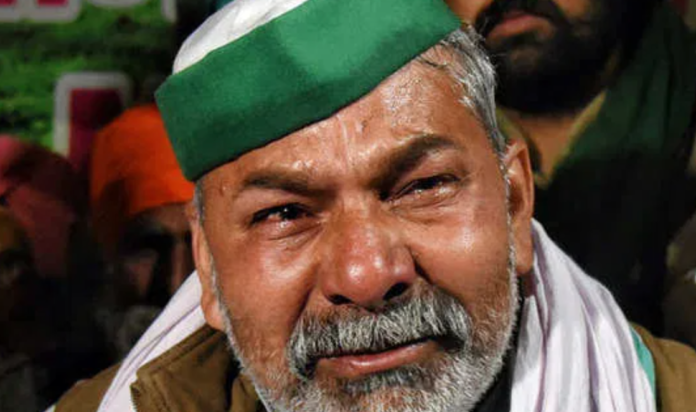 A report has claimed that Rakesh Tikait, leader of the Bharatiya Kisan Union (BKU) was badly beaten up by hardline Sikh and Khalistani proponents before his press conference on January 28 where he had broken into tears and alleged that a conspiracy had been hatched to kill farmers.

A few minutes before the press conference, the report says, a team of Khalistanis who have been bankrolling the movement, sought a meeting with Tikait. As per an eyewitness, one of the members of the Khalistani team dragged Tikait inside a room and hurled abuses at him. Tikait was slapped and kicked and consequently collapsed after the beating.

Further, the report states that members of the Khalistani group asked Tikait to return their money.

So this was the reason, as per the report, and not concern for farmers which had led Tikait to weep in front of cameras. Tikait’s blood pressure had shot up that night and was brought under control by a team of doctors who were arranged by the police.

On January 28, Rakesh Tikait addressed a press conference where he broke into tears claiming that the protests will go on and kept insisting that the laws must be repealed. He also threatened to commit suicide and also said that there was a conspiracy underway to murder farmers.