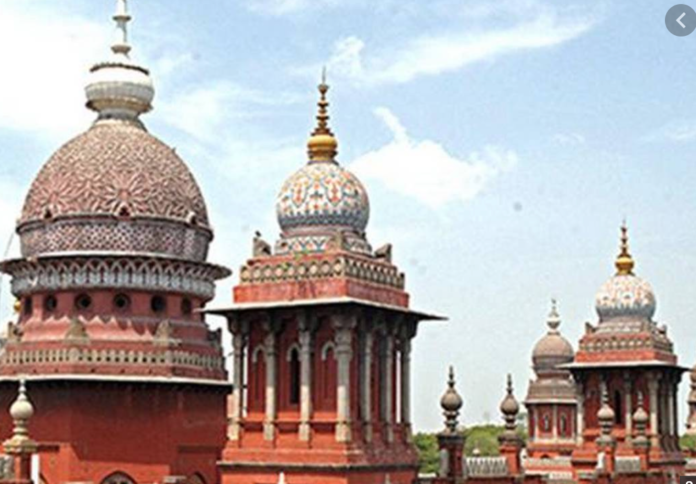 On Tuesday, the Madras High Court asked the Tamil Nadu government to explain the status of 47,000 acres of temple land that has gone missing from government records in the state.

According to the reports, a division bench of Madras High Court comprising Justice N Kirubakaran and Justice TV Thamilselvi was hearing a petition seeking to find out the whereabouts of the land belonging to Arulmigu Avinashiappar and Arulmigu Subramaniasamy temples in Sulur.

During the hearing, the High Court observed that the policy note for 1984-85 stated that there were records for 5.25 lakh acres of land belonging to Hindu temples in the state, whereas the note for 2019-20 referred only to the availability of 4.78 lakh acres. The Court observed that it prima facie appeared that the 47,000 acres of temple land were missing when compared to the figures provided in the two policy notes 35 years apart.

The Madras High Court also directed the Tamil Nadu government to take notice on behalf of the Hindu Religious and Charitable Endowments Department and ordered them to respond by July 5. The court ordered the government to file a counter-affidavit with specific details and survey numbers of the lands mentioned in the policy note for 1984-85 and those mentioned in the latest policy note to know which lands have been excluded from the government records.

The judges also pointed out that it should not be difficult for the HR&CE department to submit the information in court since it was expected to be in possession of all those details.

The Madras High Court passed the interim orders after the petitioners insisted on retrieving the missing lands and restoring their possession to the temples they belong to. The income derived from them could be used to maintain the institutions besides performing prayers and rituals, the petitioners said.

(This piece originally appeared in OpIndia which we reproduce here with gratitude).