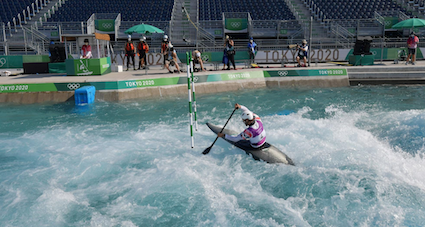 Tokyo Olympics faces a new threat: If last year was Covid-19 this time it’s a typhoon which is forming in the eastern Pacific Ocean and hit the Japanese capital on Tuesday.

The storm is named Typhoon Nepartak and could bring winds up to 78 miles per hour with rainfall up to six inches projected for the Kanto-Koshin region, that includes Tokyo.

On the Saffir-Simpson scale, a cyclonic storm with 75 mph or greater winds is considered a hurricane in the Atlantic basin.

AccuWeather forecasters said the system is expected to remain the equivalent of a tropical storm when it makes landfall on Japan’s eastern coast.

To add to the troubles, there are concerns the typhoon would unleash raw sewage into Tokyo Bay, which would impact other events.

“Changing the schedule is not a rare event, and we understand the burden it’ll have on athletes. We’re looking closely at the path of the typhoon to make decisions as preventative measures. Should it make land, there could be damages, and if that’s going to be the case, we will take responsible measures,” said Takaya Masa, a spokesperson of Tokyo Games to ESPN.