Too little on Hindu kings, social reformers, saints in our history books: Research to Parliament Committee 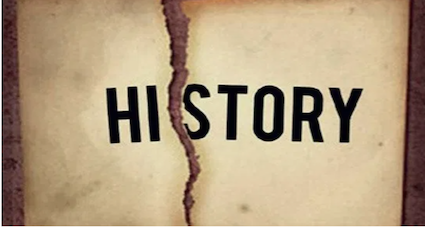 There is a disproportionate attention to Mughal rulers, caste issues and barely any mention of achievements of Hindu kings, Indian saints and social reformers in our history text books. We had all sensed it but now it’s been affirmed by a research paper from Public Policy Research Center (PPRC) it has presented before the Parliamentary Committee on Education, a report states.

The research by Sumeet Bhasin, Chandni Sengupta, Deepa Kaushik and Sanket Kate, on behalf of PPRC, titled “Distortions and Misrepresenations of India’s Past: History Textbooks and Why they need to change” has highlighted that NCERT textbooks have overstated the contributions of Mughal rulers to India.

As per this research, there are 97 references to emperor Akbar, 30 of Shahjahan, Aurangzeb and Jahangir each in our NCERT history textbooks. Yet, there is hardly any reference of Rajput kings such as Rana Sanga and Maharana Pratap and only eight references of Maratha king Chhatrapati Shivaji.

Kerala in particular has come out poorly in this policy paper. As per the researchers, the NCERT and Kerala textbooks have put greater stress on Muslim chroniclers like Ibn Batuta and ignored men such as Chanakya, Bodhayan, Bhaskaracharya, Aryabhatta and work of social reformers such as Swami Dayanand Saraswati and Swami Vivekananda.

The think-tank has highlighted that the Kerala textbooks have “blacked out” reference to ancient India and Rig Veda while overstating the caste of Hindu saints who led the Bhakti movement and also downplayed their philosophy and teachings. The NCERT textbooks, researchers further state, excessively use words such as “gotra, jati and varna.”

In contrast, the textbooks of Gujarat government have come in for praise for it has “valorized Rajput women and mentioned the role women of ancient India played in society.”

The Gujarat textbooks don’t fail to mention the four Varnas but don’t miss out on the fate of India’s temples at the hands of invaders too, an account missing in Kerala and NCERT textbooks.

As a contrast, the research mentions that the 1857 uprising is centred on last Mughal emperor Bahadur Shah Zafar while the textbooks of Gujarat highlight the role of Rani Laxmibai of Jhansi, Tatya Tope and Nanasaheb.

There is also an imbalance in the attention given to Mahatma Gandhi and Jawaharlal Nehru in chapters of Modern India for classes 8-12 and not enough on other nationalists such as Sardar Patel, Lokmanya Tilak, Bhagat Singh, Surya Sen and Khudiram Bose.

The paper also carries recommendations: One, it recommends that the invasions of Arabs, Turks and Mughals need not be glorified. It also proposes that a history rewriting project about India’s glorious past, its civilisation, the rationality of Vedic rituals, contributions in the field of medicine and the importance of Sanskrit needs be highlighted.

It recommends the stories of Hindu kings like Raja Dahir, Maratha and Rajput rulers such as Tanhaji, Rani Durgavati and Rani Kiran Devi Rathore deserves good treatment in our history books. The desecration of Indian temples, such as Somnath, Adhai Din Ka Jhopra in Ajmer need be highlighted.