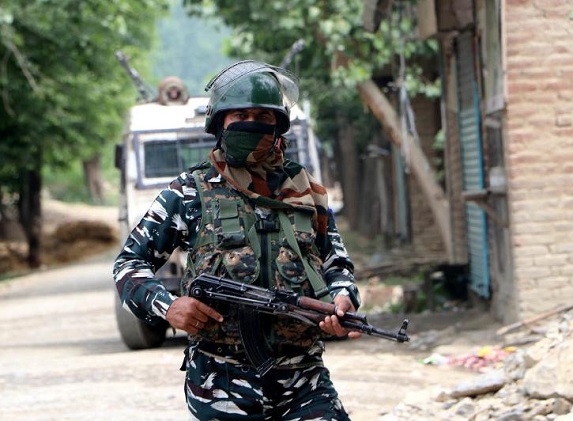 A top Jaish-e-Mohammad militant commander known to be an IED (improvised explosive device) expert was reportedly among three militants killed in the gunfight with a joint team of police, army and CRPF in Kulgam district of south Kashmir in wee hours of Friday, Director General of Police Dilbag Singh said.

The militant commander had escaped previously from three to four encounters, leaving behind a MO4 American rifle in one instance, said the top police official.

While three militants were killed, as many army soldiers were injured in the gunfight at Nagnad Chimmer area of the Kulgam district.

“The operation was launched in the wee hours this morning on a credible input by Kulgam Police along with local Army (9 RR) and CRPF units,” he said.

He said that three army soldiers injured during the encounter were evacuated to army hospital.

“The killed (militants) are from Jaish-e-Mohammed and reportedly include a top (militant) commander known to be an IED expert. (He) was responsible for a large number of attacks including many IED attempts against security forces in the recent past,” he said, adding, “He was reportedly able to escape from 3/4 encounters, leaving behind an MO 4 American rifle in one case.”

Earlier when the joint team encircled the suspected spot, the hiding militants fired upon them. The fire was retaliated by the joint team, triggering off an encounter.