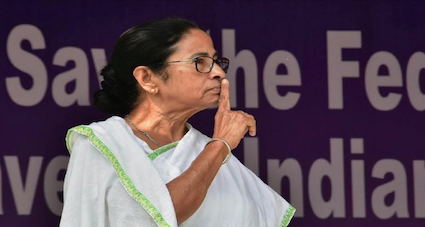 Days after the National Human Rights Commission (NHRC) submitted the final report, now National Commission for Scheduled Tribes (NCST) has also targeted Mamata Banerjee-led Trinamool Congress government in West Bengal for the violence in the state. It said that tribal communities were living in fear of persecution after the post-poll elections.

In its report, NCST said, the tribal communities have not been able to lodge any complaint with the police and revenue officials about the violence. The commission has submitted its report to West Bengal Chief Secretary and the DGP. It said, the tribal women and young people are the most affected groups in the post poll violence. The SC women faced boycotts from some sections of society, thereby exacerbating their financial woes that were already compounded by the second wave of the coronavirus outbreak.

NCST in its report also mentioned that while their team visited several families, all of them informed that local police didn’t take any action against culprit despite reporting multiple cases. One of the families also had claimed that he was a victim of political murder but the police treated the incident as a road accident.

The Commission also found that tribals were threatened and browbeaten and were asked not to meet with the NCST team and their mobile phones are forcibly taken away and switched off.

The NCST, similar to NHRC has also recommended the deployment of paramilitary forces in affected areas owing to the trust deficit against the local police.