TRP case: What was the need for press meet, HC asks Mumbai Police 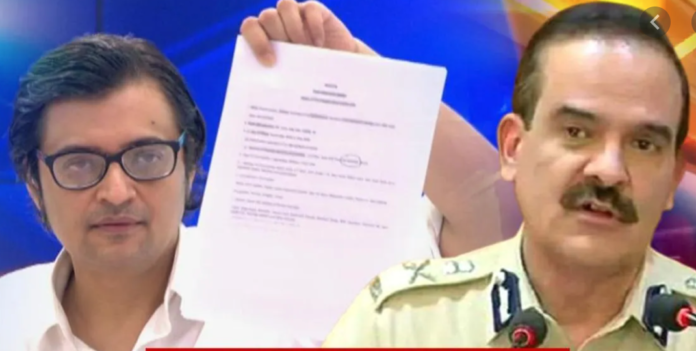 A Division Bench of Justices S.S. Shinde and Manish Pitale said, “Do the police have an obligation to interact with the press? Why did the commissioner (of police) have to speak to the press?”

On October 8, 2020, Mumbai Police Commissioner Param Bir Singh had said that a TRP racket had been busted which involved Republic TV, Box Cinema, and Fakt Marathi. He had said that the channels were manipulating TRPs and were involved in distorting the system used by the Broadcast Audience Research Council (BARC) to rate television channels.

However, since the beginning, the channel has denied any wrongdoing on their part, with its executives filing a flurry of lawsuits challenging the cases against them. They alleged that the whole case was malafide and they had been targeted for Republic TV’s reportage about the death of actor Sushant Singh Rajput.

Mundargi also called Sachin Vaze, who had been handling the probe into the alleged scam, and who is now suspended over his alleged involvement in another case, a controversial officer.

“The investigation has taken a peculiar angle. In the charge sheet they are suspects, they are arrested and then they are shown as wanted accused,” Mundargi said.

“The officer (Vaze) is also very controversial. This is the chain of events,” he said.

A fake TRP racket was uncovered in October when the Broadcast Audience Research Council filed a complaint through Hansa Research Group – one of BARC’s vendors on engagement with panel homes, or “people’s meters”. Channels were accused of rigging their TRPs by bribing some households to watch it.